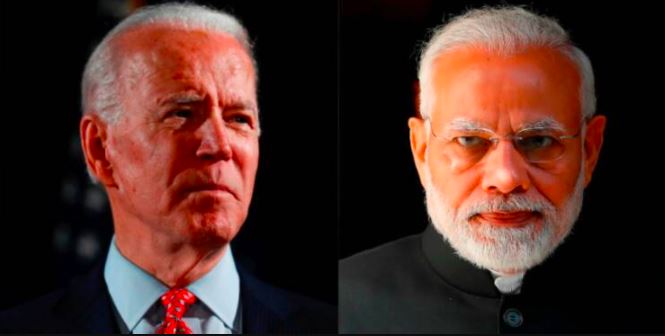 India is passing through testing times. After fighting the Wuhan virus effectively for over a year, India’s public health infrastructure has come under a lot of stress. As such New Delhi expects its allies and partners to step up to the occasion and facilitate its battle against the latest COVID-19 surge. But the Biden administration in the US is busy looking for personal gains in such testing times.

As per Reuters, Pfizer disclosed that it is in discussions with India and has committed to making its vaccine available to the country. The US-based drugmaker also revealed that it has offered a not-for-profit for its vaccine for the government immunisation programme.

India itself wants to shore up its vaccine procurement, as the country will start vaccinating everyone aged over 18 years from May 1. Last week, the Indian government said that it would fast-track emergency approvals for foreign-made COVID-19 vaccines. External companies have been exempted from carrying out “bridging” trials for their vaccines.

So, on one hand, Biden did not want to supply raw materials for manufacturing vaccines to India, on the other, he wanted to sell Pfizer vaccines to India. On the face of it, this might seem like a healthy move by Biden to mend Indo-US ties. But as we told you, there is more to the story than what meets the eye.

American vaccines often come with many strings attached to them. The agreements to export such vaccines usually have some extraordinary clauses. As per an NYT report, when vaccines come to market, some of the makers insist on sweeping liability protection agreements with their recipient nations.

In some cases, Pfizer has gone beyond simple liability protection agreements against all civil claims. In those cases, the US drugmaker not only sought exemptions from liability even in cases of its own negligence but also required the recipient governments to put up sovereign assets such as bank reserves, embassy buildings and military bases, as collateral against possible lawsuits.

So, at least theoretically, Biden could have tried to put India in a fix. He knew that India needs more vaccines at a time when COVID-19 cases are rising rapidly in India. By saying no to raw materials, Biden could have actually managed to export vaccines to India on his own terms and if the recent past is any indication, putting up sovereign assets as collaterals could have been one such condition.

Yet, Biden was looking to bite off more than he can chew. India would have never signed such an exploitative purchase agreement, no matter what. The US President has only exposed his unconscionable plans for India in this entire episode.

As Merkel steps down, the fear of losing EU grips China. Chinese Premier begs the EU

Joe Biden has lost the first big global war that he started. Putin is the clear winner