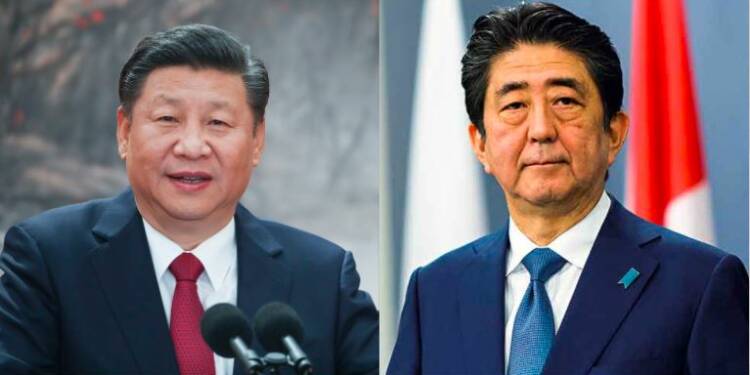 It is often said that major countries are most effective against China when the leaders are leading a strong government domestically. However, with the departure of Shinzo Abe, there were doubts that in case Japan becomes less effective in terms of foreign policy. And now with the latest developments in Japanese politics, the fears are becoming all the more real. Japan’s ruling party lost all three parliamentary by-elections held Sunday, loosening Prime Minister Yoshihide Suga’s grip on power ahead of national elections later this year.

The CCP and Chinese President Xi Jinping will be the happiest if the Japanese government stays turbulent and focuses inwards instead of allying with like-minded countries. And in the current scenario, it seems what China wants may become all the more possible. The elections to fill vacant seats – one in the lower, more influential house and two in the upper house – were the first major elections held since Suga took office in mid-September. Two of the seats were left vacant by ruling party lawmakers who resigned in the wake of money-for-favours scandals, and the third by a key opposition senator who died as a result of COVID-19.

The by-elections were seen as a big litmus test for Suga, who would call national polls before the end of the lower house’s four-year term on Oct. 21. His tenure as Prime Minister also expires on September 30. It is not hidden from anyone how effective Japan’s policies have been with respect to containing China and they stretch far and wide, from the Indian Subcontinent to South East Asia and to its neighbourhood. However, as the domestic political situation becomes more turbulent for the ruling Liberal Democratic Party (LDP), the intensity of these efforts may decrease, and this is exactly what the Chinese Communist Party wants.

Japan has been needling China at all possible levels. Tokyo has been modernising its defence preparedness with an eye on China, improving its relationship with the Association of Southeast Asian Nations (ASEAN) and also insisting on keeping Taiwan’s right to defend itself alive.

Read more: Abe had foreseen what China was capable of and his actions have forced Jinping to stay mum about Japan

Yet, Chinese President Xi Jinping seems to exercise unusual restraint in face of growing Japanese intent to undermine Beijing’s interests. To be precise, Japan’s former Prime Minister Shinzo Abe was a true visionary, who calculated how to contain China meticulously. He may have taken retirement from active political life due to health reasons, but Abe’s policies continue to haunt China. In fact, his legacy is being carried further by the sitting Japanese Prime Minister, Yoshihide Suga.

However, with the political fortunes falling, the LDP block which has been a proponent of militarisation of Japan and has a very critical view of China may take a hit. If the opposition party which holds the view of talks and reconciliation comes to power, it will further help China to increase its hold in the region.

Suga had a high approval rating of about 70% when he took over for Shinzo Abe, who resigned as Prime Minister due to health concerns after becoming Japan’s longest-serving leader. However, Suga’s popularity has plummeted as a result of a series of money-for-favours scandals involving his party’s legislators, as well as critiques of his management of pandemic steps and poor progress on vaccinations. Suga has also been chastised for calling for the Olympics in the midst of pandemic uncertainty.

These developments should come as a warning sign to the current dispensation, and they should work extra time to diffuse the fears of the people. Given Jinping has got the opportunity he was waiting for, any more vulnerabilities will weaken the efforts of Japan and become favourable to China.

After sending Derek Chauvin behind bars for unintentional homicide, BLM, Antifa and their Democrat friends are going after the Judge and Chief Medical Examiner