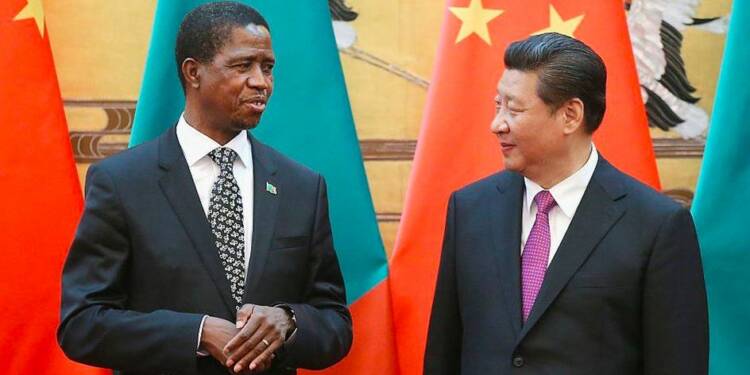 The Chinese Communist Party is a multi-faceted monster. While it makes promises to multiple countries, it waits for them to become vulnerable beyond redemption and as they reach the level of vulnerability, the CCP buys away the sovereignty within the nation-state. This is one of the many reasons why the way in which China acts as a major power is so destabilising for the major power dynamics and for the subsistence of the post-world war liberal order.

Zambia was the first country on the continent to register a pandemic-era default on a sovereign debt payment late last year when it missed a $42.5 million interest payment on some of its $3 billion of dollar-denominated bonds. Zambia, which missed bondholder payments in November, is doubling down on debt with a high-stakes gamble that nationalising one of its largest copper mines would help save its floundering economy. Previously regarded as one of the most investment-friendly countries in the region, the landlocked country in south-central Africa is the most severe example of a surge of authoritarian governments in mining-dependent countries struggling to pay the bills after borrowing for infrastructure in recent years.

The Chinese Communist Party has been trying its hardest to gain an unsurmountable ground in the African continent and the way the things are panning out to be even in the face of all the hate and anger emanating out of the world with respect to the COVID pandemic, things are becoming more and more favourable for Beijing. The world may have tried to derail the Chinese debt trap but going ahead, it seems countries are still falling for the Chinese capital trap.

The country’s external debt totals $12 billion, including $3 billion in foreign bonds and substantial loans from Chinese state-owned lenders. The government has not stated how much it owes to Chinese lenders in total. According to Johns Hopkins University’s China-Africa Research Initiative, Zambia has signed contracts for $9.9 billion in Chinese loans, but not all of that money has been drawn.

TFI reported earlier on how the African states trod carefully across the Chinese debt trap policy and forced China to sign debt suspensions with 11 African nations. Backed up by the rich G20 countries the African states hounded China to sign the DSSI. At first, China refused, though, under tremendous pressure, the paper dragon gulped down billions of dollars worth of loans to the underdeveloped continent.

Even though China signed DSSI and has started to offer debt suspensions, the details of the waivers have not been fully revealed. China wants to save as many loan programs as it can without irking the G20 nations

Read more: As BRI breathes its last in Africa, dejected Chinese return to their country

However, in January, Zambia’s state-owned mining firm, Mopani Copper Mines PLC, took on $1.5 billion in debt to take over a Glencore PLC copper mine, the latest in a series of steps that has remade the country into an exemplar of resource nationalism. And as things are panning out, it seems with the world turning a blind eye on Africa, China is reaping all the benefits.

Zambia ranks fourth in the Verisk Maplecroft Resource Nationalism Index, which assesses the danger to commodity producers posed by governments seeking greater control over their country’s mineral and energy reserves. According to Verisk Maplecroft, the economic effect of the Covid-19 pandemic has increased government involvement in the mining sector. And as the country has become vulnerable, China is not willing to lose the opportunity. With the world situation precarious, another country falls into China’s debt trap.