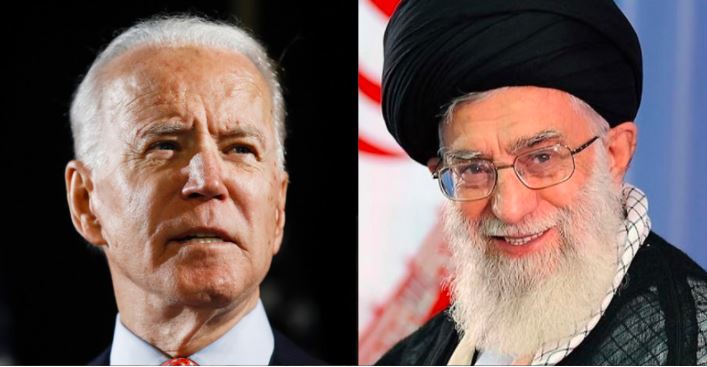 President Joe Biden’s accession to power has come as a huge boost for US enemies across the world. And if there is any country, which is rejoicing Biden’s presidency, it has to be Iran. Biden’s weak leadership and desperation to revive the Joint Comprehensive Plan of Action (JCPOA), or the Iran nuclear deal, has emboldened Tehran. In fact, the Shi’ite nation came really close to attacking two American vessels in the Persian Gulf.

Iran is infamous for using fast-attack boats to swarm and shadow American warships. However, Trump’s “maximum pressure” policy had debilitated Iran and hostile Iranian activity in the Persian Gulf had dropped off since 2018. But with the Biden administration’s policy of pandering to Tehran, it seems that rogue Iranian commanders have once again decided to harass American vessels in the region. Iran’s military leadership understands that Biden is not going to retaliate, and therefore it is getting belligerent.

The US Navy on Tuesday reported that a group of Iranian vessels belonging to the Islamic Revolutionary Guard Corps (IRGC) harassed two US Coast Guard ships in the Persian Gulf for three hours on April 2. They reportedly kept crossing in front of the bows of American vessels at close range.

The US Navy’s Fifth Fleet in Bahrain revealed that the IRGC group included three fast-attack boats and one big ship called the Harth 55 – a 180-foot, twin-hulled vessel. The Iranian group of vessels crossed in front of the American Coast Guard ships “at an unnecessarily close range.”

The Navy added that the manoeuvres made by Iranian vessels were “unsafe and unprofessional” and “increased the risk of miscalculation and collision.” In fact, the behaviour of the Iranian ships was so intimidating that the two US Coast Guard ships – the Monomoy and the Wrangell, had to carry out defensive manoeuvres so as to avoid any collision during the three-hour face off.

The latest military tussle in the Persian Gulf is a part of Tehran’s campaign to extract the maximum possible advantage out of the Biden administration. Iran understands that the old man sitting in the Oval Office is a weak President, who would go down to any extent in order to revive the JCPOA.

In fact, the April 2 encounter took place just as the Biden administration somehow got Iran to commit to the nuclear deal negotiations. Iran’s military leadership, including the extremely powerful IRGC, therefore seem to understand that they can do anything to American vessels deployed in the Persian Gulf as Biden wants to go ahead with the deal at any cost.

The entire episode is however utterly humiliating for Biden. Perhaps, this is also why the US Navy took around 25 days to disclose the April 2 incident. While Pentagon press secretary John Kirby said that he was unaware if there was any policy discouraging the US military from divulging information about encounters with Iranian forces, it is clear that Biden would have found it convenient to downplay the incident.

As shocking as it may sound, Biden may be letting Iran harm American interests in the region and also keeping Americans in dark about it, so that his nuclear deal diplomacy doesn’t get derailed. This is also allowing Iran to blackmail the US into granting even more concessions. The Shi’ite nation, for example, wants all Iranian prisoners held in the US to be released, amid talks in Vienna to resurrect the 2015 nuclear deal.

Iran can simply detail the nuclear deal negotiations and extinguish Biden’s political ambitions if the US turns down any of Iran’s growing demands or retaliates in response to Tehran’s provocations in the Persian Gulf. Therefore, Iran is getting more and more emboldened by every passing day and the result is that IRGC has started harassing US vessels in the region.