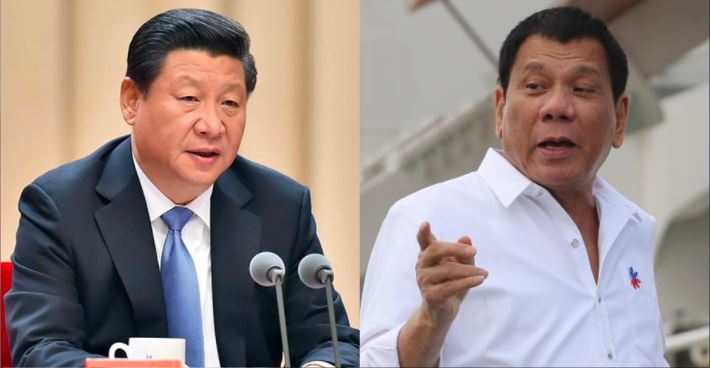 China is like that dog, which barks a lot, but seldom bites. It seems that the Philippines has realised how Beijing works and has started asserting its maritime rights despite China’s frequent threats.

The Philippines Coast Guard has been conducting drills in the South China Sea. An official on Sunday said that the drills were part of an effort to secure “our maritime jurisdiction” over the disputed waters. The exercises were conducted near the Philippines’ Thitu Island and China-occupied Scarborough Shoal amid growing tensions between Beijing and Manila over the highly disputed region.

China has been looking to intimidate the Philippines in the South China Sea region for quite some time now. Presently, Beijing and Manila have been locked in a serious diplomatic spat due to the detection of hundreds of Chinese vessels in the Spratly Islands. China has refused to call back all the vessels despite Manila’s repeated protests. While the Philippines has identified the boats as maritime militia vessels, China calls them fishing boats.

However, the Philippines is showing no signs of backing off. In response to the aggressive posturing of Chinese maritime militia vessels, Manila has deployed more patrol vessels, including Coast Guard and Navy ships. There has been a focus on increasing surveillance and preventing illegal fishing.

Beijing itself seems somewhat perturbed by Manila’s clear intent to safeguard its maritime rights. CNN quoted Chinese Foreign Ministry spokesman Wang Wenbin as saying, “We urge the relevant side to respect China’s sovereignty and rights and interests, and stop actions complicating the situation and escalating disputes.” Wenbin’s remarks came in response to queries about the maritime exercises conducted by the Philippines Coast Guard near the disputed features of the South China Sea.

Yet, the Philippines doesn’t seem much concerned about Chinese sensitivities. In fact, Manila has hit back at Beijing over the latter’s opposition to Coast Guard exercises. Philippines Defence Secretary Delfin Lorenzana said that Beijing had “no authority or legal basis to prevent us from conducting these exercises” in the South China Sea region because “their claims… have no basis”.

The Philippines Defence Ministry issued a blunt statement, that read,  “China has no business telling the Philippines what it can and cannot do.”

On Wednesday, Foreign Secretary Teodoro Locsin issued a similar statement. He said, “They can say what they want from the Chinese mainland; we continue to assert from our waters by right of international law what we won in The Hague. But we must not fail to protest.” The Foreign Secretary added, “It is they (Chinese) who are encroaching and should desist and leave.”

The Duterte administration in the Philippines has realised that it simply cannot let China use intimidation tactics and chip away with Filipino territory in the South China Sea. This is why President Rodrigo Duterte is himself leaving behind his pro-China tendencies and making it clear that he won’t compromise his country’s sovereignty in the South China Sea region.

So, the Philippines has started responding to Chinese aggression both in terms of statements and actions. Within Manila, it is being understood that China is a bully who can only talk. So, the Philippines is now going to protect its own interests without caring much about Beijing’s actions or words.

Japan’s RCEP ratification gets overshadowed by launch of India-Australia-Japan supply chain, as Suga and Morrison make their intent clear