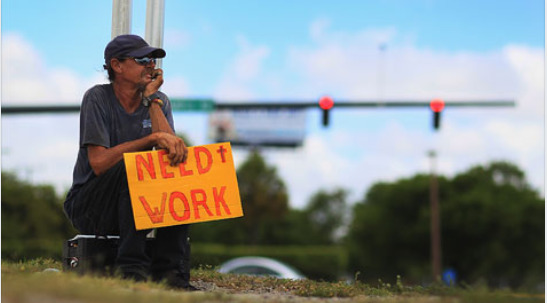 The USA is undergoing immense transformation, and the breakneck speed at which it is happening might even be disastrous for the social fabric and the traditional nuclear family system of American society. The number of people living in the United States grew by the slowest rate over the last decade than in any other decade in American history, worrying demographers who see a greying population harming long-term economic growth.

The nation’s population grew by just 6.6 per cent over the last decade, according to new estimates from the U.S. Census Bureau, to about 329.2 million people. That growth rate is lower even than the 7.3 per cent increase that occurred in the decade of the Great Depression. While the decline in population in the blue states are offset by the huge influx of immigrants and illegal aliens, middle America which has maintained a traditional form of family and tried to sustain its unique culture, which is a traditional American culture, is facing immense social pressure due to the population decline.

Recently, with illegal immigration gaining pace, it may very well impact the already vulnerable population and social uniformity in the red states. “These new census estimates reveal a nation grappling with demographic stagnation to a degree it has not experienced in quite some time,” said William Frey, a senior demographer at The Brookings Institute.

Slowing growth rates are a result of several overlapping phenomena, demographers said, which pose a threat to future growth. One is an ongoing baby bust, in which the average American woman is giving birth to fewer children and beginning at a later age. The birth rate in the United States has fallen to its lowest levels in 35 years, according to data from the Centers for Disease Control and Prevention.

It is not immediately clear how the coronavirus pandemic may have slowed population growth. The new Census Bureau estimates ran through July 1, 2020, about four months into the pandemic, meaning they could have picked up some slowing population growth and even some of the early deaths caused by the virus. However, the fact that Biden is following more and more leftist policies, it may exacerbate the repercussions of this problem.

Joe Biden’s domestic packages are making the country go through a socialist experiment. And the biggest losers in this experiment are the American working class and the corporates who are the wealth creators. The Business Roundtable released a survey in which 98% of 178 CEOs polled said that increasing the corporate tax rate from 21% to 28%, as President Biden proposed, would have a “moderately” to “very” significant adverse effect on their company’s competitiveness.

But the longer-term trends of slowing population growth is enough to alarm demographers who worry about an ageing population relying on fewer younger workers to maintain the social safety net. “Growth is good anyway, but the decline in growth is going to be concentrated in the youth population and the younger labour force population,” Frey said. “What it means is increased age dependency.”