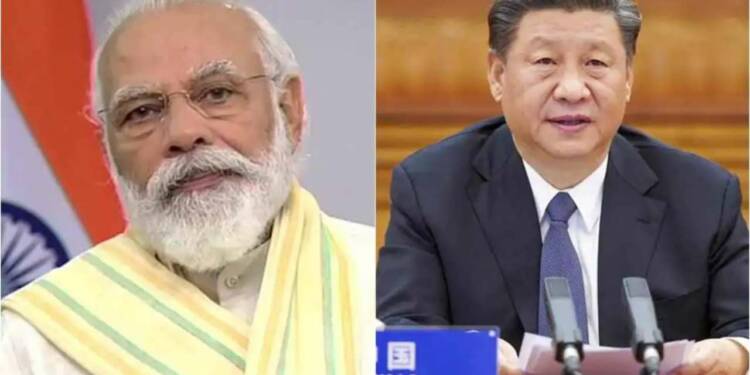 On Thursday, India turned down China’s invitation to join a South Asian-led initiative to combat the epidemic. On Tuesday, Chinese Foreign Minister Wang Yi met with his counterparts from Nepal, Bangladesh, Afghanistan, Pakistan, and Sri Lanka to discuss how they should work together to combat Kovid-19. Sun Weidong, China’s ambassador to India, said on Wednesday that China had also invited India to the conference.

On Friday, Chinese President Xi Jinping sent a message of condolences to Indian Prime Minister Narendra Modi over the worsening COVID-19 crisis in India. China, according to Xi, is willing to strengthen cooperation with India in the battle against COVID-19 and assist the region.

Analysts praised the development as China’s “biggest goodwill” gesture to its neighbour, who is suffering from the pandemic.

Xi expressed concern about India’s COVID-19 situation in the letter and expressed condolences to the Indian government and citizens on behalf of the Chinese government, the people, and himself. Xi stated that China is willing to strengthen cooperation with India in the fight against the pandemic and assist and support the nation.

China has expressed a desire to assist India in the fight against the virus on several occasions. Chinese society, including the Red Cross, regional governments, private organisations, and businesses, have been mobilised to send anti-pandemic materials to India, according to Wang Wenbin, spokesperson for the Chinese Ministry of Foreign Affairs.

Ambassador of China to India Sun Weidong said on Wednesday that Beijing had also invited India to the meeting with countries in India’s backyard that China has been hosting.

When asked about the invitation, official sources said that India had not recognised it and that its own attempts to engage its neighbours had been more important. Last year, India held several virtual SAARC meetings to reaffirm its commitment to greater sharing of “intelligence, skills, and best practises” in the joint battle against Covid-19 for the greater regional good, as it put it.

Despite the fact that the pandemic is ravaging India, the government has not sought direct assistance from China. Instead, it has concentrated on making private-sector procurement easier. The Chinese government’s repeated offers of assistance have elicited no response from government sources.

Read More: Modi’s India and Putin’s Russia Vs Biden’s US and Jinping’s China – the new global equation is very clear

Though this is not the first time China has met with India’s SAARC neighbours on Covid-19, it does so at a time when India’s vaccine exports to some of these countries have been halted due to an increase in cases at home. Only when supplies from India ran out did Nepal and Sri Lanka begin to embrace Chinese vaccines.

After a pause in supplies from the Serum Institute of India, Bangladesh has been forced to look to Russia and China to keep vaccinations running. Bangladesh’s foreign minister, AK Abdul Momen, was quoted on Tuesday as saying that China had reacted “positively” to Dhaka’s request for the Covid-19 vaccine.

India has so far been unresponsive to Pakistan’s offer of assistance. Government sources declined to comment on Pakistan’s foreign ministry’s assertion that Islamabad was prepared to supply India with equipment such as ventilators.