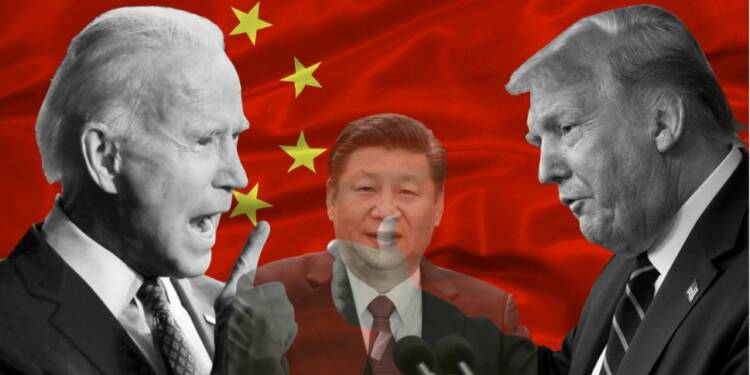 Perceptions change when leaders change. Strong leaders never let the truth fizzle out, whereas weak leaders often let down people and the cause of truth. This is particularly true in the case of two US Presidents- Donald Trump and Joe Biden. While Trump was able to expose China and its role in creating the ongoing Pandemic, Biden has simply given Beijing a free pass. The incumbent US President is letting the world forget China’s misdeeds.

We know for a fact that it was Trump who ensured that China was blamed for mishandling the COVID-19 outbreak during the first wave of the current pandemic. It was due to Trump’s intervention that the world at large blamed China for mishandling the viral outbreak.

In fact, had it not been for Trump, the Democrats in the US, left-liberals across the world and the mainstream liberal media would have portrayed China as more of a victim. Initially, this pattern was also discernible in the media coverage about the Coronavirus outbreak. However, the former US President did ensure that the CCP wasn’t able to get away so easily.

There were many individuals and organisations in the free world which were trying to either praise or sympathise with China, when the first COVID-19 wave gripped our planet. But then, it was Donald Trump who brought up the issues of lack of transparency in China’s handling of the Coronavirus pandemic. Trump referred to Coronavirus as the “Chinese virus” and directly held it culpable for creating a global pandemic.

Trump kept facing a pushback from American and other global media for exposing China. He was called racist by the so-called liberal media outlets. He was also bullied by the American media during press conferences, for launching verbal assaults on China over the pandemic. But Trump never relented and soon Beijing’s mishandling of the Chinese virus became too clear to be ignored, even for the American liberal media.

In fact, Trump’s pressure was such that the general pattern of media coverage during the first wave of Coronavirus remained critical of China.

However, with Biden in the oval office, the narrative has totally changed. Biden loves China, just like his friends in the American liberal media. So, it is hardly a surprise that no one is talking about China’s role in spreading the dangerous virus. No one is really concerned about how China’s lies have killed millions across the globe.

In fact, Biden’s influential friends have now been trying to project China as a responsible and generous power. The liberal media coverage about China mostly revolves around how the Communist nation is offering help to other countries in terms of vaccines supply and also the supply of other medical equipment like oxygen concentrators, masks and medicines.

Make no mistake, even during the first wave of the Coronavirus pandemic, when Trump was at the helm of affairs in the US, China did try what analysts called “mask diplomacy”. But the Trump administration ensured that Beijing’s opportunistic actions backfired badly. The defective Chinese testing kits and faulty masks were exposed by the global media, presumably under the pressure of the Trump administration’s relentless criticism of China.

But while Trump failed China’s “mask diplomacy”, Biden is letting its “vaccine diplomacy” succeed. Biden and the American mainstream media understand that public memory is often short-lived. So, they are exploiting the deficient public memory and making the world forget China’s misdeeds. By the end of the pandemic, the Biden administration might as well acquit the paper dragon for its heinous crime against humanity.

After getting support from Abe and Morrison, Taiwan kicks out Chinese sand dredgers illegally mining in Taiwanese waters