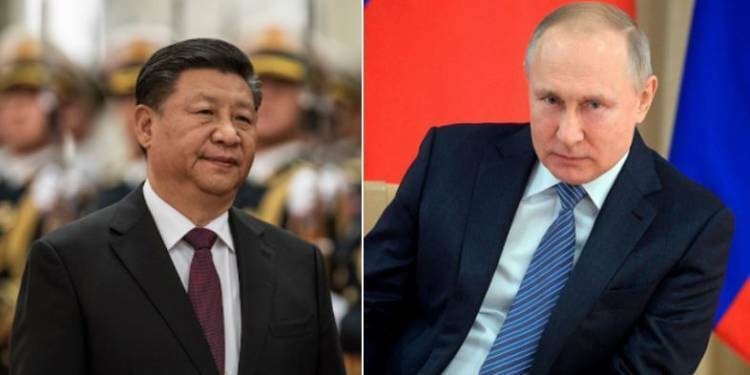 Old habits die hard, especially if you are a kleptomaniac like China. The Communist nation keeps stealing the Russian defence designs even if it comes at the cost of angering Moscow.

According to a new research published by Boston-based cybersecurity technology company Cybereason, a threat actor believed to be acting on behalf of the Chinese State-sponsored interests was spotted targeting a Russian defence contractor engaged in making designs for nuclear submarines to be used by the Russian Navy. This incident has reignited the concerns regarding Chinese attempts to steal Russian defence designs and could potentially expose the deep fissures in the Sino-Russian relationship.

Cybereason has called the attack narrowly focused and it came into being with a spear-phishing attempt against a General Director working at the Rubin Design Bureau, Russia’s leading shipbuilder based out of Saint Petersburg. Rubin Design Bureau has a close relationship with the Russian Navy and has designed most of the Russian nuclear submarines.

The cybersecurity technology company did not specifically blame a particular threat group for the attack. But the report is good enough to play up the divisions between Moscow and Beijing, as it clearly concludes that the cyber attack shared similarities with a few Chinese APT groups.

This is really not the first time that Chinese attempts to steal Russian defence designs have grabbed eyeballs. Last year also, similar attempts by China had irked the Putin administration.

In June 2020, TASS, Russia’s largest news agency, reported that Valery Mitko, President of the St. Petersburg Arctic Social Sciences Academy, was charged with treason. Mitko was accused of spying for China. TASS quoted his lawyer as saying, “According to the investigation, during his trip to China, Mitko handed over classified materials to the Chinese intelligence. After his return to Russia, a search took place in his apartment; he was charged with [treason].”

Earlier, Russia’s state-owned defence conglomerate, Rostec had even flagged the issue of Intellectual Property theft by the Middle Kingdom. Yevgeny Livadny, Rostec’s chief of intellectual property projects, had said, “Unauthorized copying of our equipment abroad is a huge problem. There have been 500 such cases over the past 17 years. China alone has copied aircraft engines, Sukhoi planes, deck jets, air defense systems, portable air defense missiles, and analogues of the Pantsir medium-range surface-to-air systems.”

Later, Russia’s President Vladimir Putin signed into law a bill, which allows any politically active, foreign-funded individual or organisation to be labelled a “foreign agent.”

Yet, China’s actions are bound to anger Putin. In fact, such Chinese mischief is what pushes Moscow closer to its time-tested friend- India. Putin and his administration understand that while New Delhi is a true ally, China is nothing more than an opportunistic and transactional partner.

The Russian defence industry too, understands that India is a safe market for its arms and equipment because it will never steal Russian defence designs. On the other hand, selling arms to India’s enemy- China is almost always fraught with the dangers of design theft and mischief.

Chinese kleptomania is thus the biggest reason why Russia trusts and prefers New Delhi over Beijing. With the latest attempt to steal a Russian defence design, Putin would be definitely exploring the possibilities of completely decoupling Russia’s defence industry from China.

China wanted to take control of the global internet. But Trump saw it first and derailed it