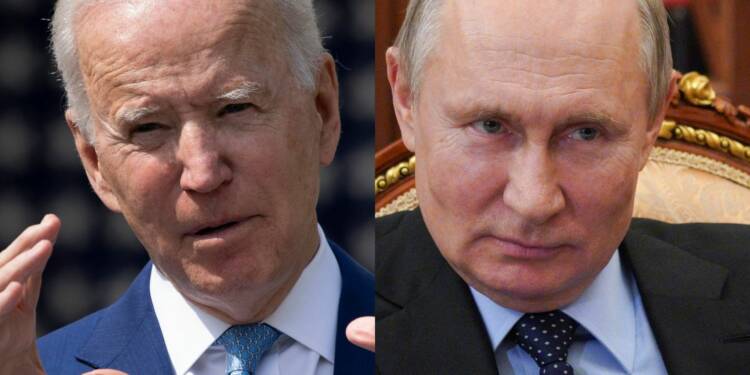 The biggest mistake that Biden has made after assuming office as the US President is to lock horns with the Russian President Vladimir Putin. Out of his desperation to run a smear campaign against Putin, Biden has imperilled entire Eastern Europe.

Now, the Biden administration is failing to control the crisis that it created. With Russia projecting its power in the region, the US is struggling to keep Eastern Europe in confidence. In fact, Biden has sent US Secretary of State Antony Blinken to Ukraine, in a bid to reassure Kyiv. However, Biden is only walking into a deeper trap set up by Putin.

Blinken is supposed to meet Ukrainian President Volodymyr Zelensky. On May 3, the top US diplomat said that he would use the Ukraine visit to show “our unwavering support for the independence, sovereignty and territorial integrity of Ukraine”.

Meanwhile, Biden is trying to entice Kyiv with American help in institutional reforms. Philip Reeker, the top American diplomat for Europe said, “There is a lot of hard work to be done to ensure a brighter future for all Ukrainians”.

After coming to power, the Biden administration relentlessly worked towards re-igniting tensions between Ukraine and Russia. Last month, there was a major Russian troops build-up on Ukraine’s Eastern flank and clashes also took place in Ukraine’s Eastern Donbas region.

While Ukraine was handling Russia’s military build-up on its border, Biden was capitalising upon the crisis that he ignited in the first place. In fact, the Oval Office tried to mobilise anti-Russia sentiment amongst Eastern European nations, which got reflected when countries like Poland, the Czech Republic and Bulgaria ordered out Russian diplomats.

Yet, Biden’s plans to use Ukraine and other Eastern European nations for vilifying Moscow were ultimately busted. First, Ukrainian President Volodymyr Zelensky called Biden’s bluff and asked him to pledge support in case of a war with Russia. The message was loud and clear- Ukraine will not put itself at stake for the sake of Biden’s propaganda.

And then, Putin made a quick manoeuvre that left Biden clueless. The Russian President withdrew troops which were deployed on Ukraine’s Eastern flank. Once, the troop build-up achieved its purpose, Putin took away the only leverage which Biden enjoyed over Moscow. Later, Putin also started pressurising other Eastern European nations by putting them on the list of “unfriendly” countries.

Read More: After burning his fingers, Ukraine’s President Zelensky realizes Joe Biden is not to be trusted

Ukraine and other countries in Eastern Europe are somewhat intimidated by Russia. But they are both frustrated and angry by Biden’s refusal to actually help them. It would be a natural temptation in the region to blame the Oval Office for putting them in a tight spot.

Now, Blinken has been dispatched to Ukraine with the hope that the high-level visit would undo the damage that the US-Ukraine relationship has suffered.

However, Putin is likely to emerge as the big winner all over again. The fact remains that Ukraine is now going to be more conscious about Washington’s reluctance to help if things go down to the wire. And secondly, Kyiv is likely to make demands, which Biden will not be able to fulfil. Biden is thus walking into a trap by trying to bank on Blinken’s visit to revive US-Ukraine relations.