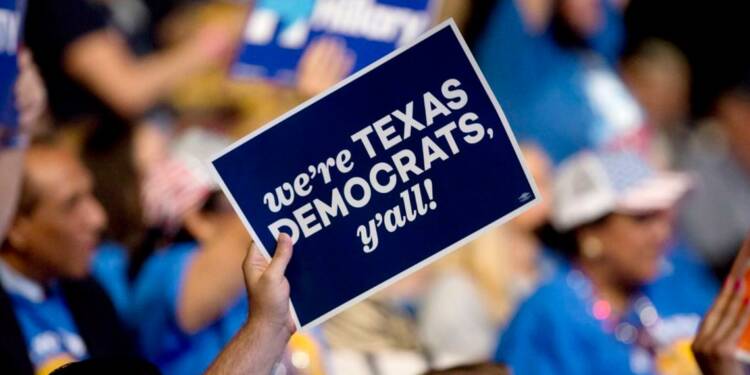 Texans have really punished President Joe Biden and the Democrats for creating a big immigrant crisis on the US’s Southern border which has started affecting the residents in the state. Biden had found success in the suburbs last year and riding on this sentiment, Democrats were looking to ace the special election in Texas’s 6th Congressional District.

Democrats were optimistic that they could gain the seat after it fell vacant due to the death of Republican Rep. Ron Wright. Yet, the Democrats have failed to secure even a runoff spot in the special election, as both the spots have gone to Republican candidates. Democrats are blaming lack of unity for the poor showing, but it is really the radical-socialist agenda of opening up the country to illegal immigrants which has failed them.

Democrat candidate Jana Lynne Sanchez, who was the third-placed candidate, conceded the second runoff slot on Sunday. The shocking and embarrassing loss has left Democrats in a fix, as it really threatens their slim House majority.

Many Democrats were hopeful of wresting Texas’s 6th- a seat based in the southern suburbs of Fort Worth. It has moved consistently towards the Democrats over the past few years. Earlier, it used to be a Republican stronghold with Mitt Romney winning it by 16 per cent in 2012. But demographic changed and the emergence of a Democratic voters base consistently reduced the popular support Republicans enjoyed in Texas’s 6th Congressional District.

In 2018, Ted Cruz (R-Tex.) won it by only three points during the Senate race. Last year, Trump too managed to win the seat by a slim margin of three points.

Under Texas law, the top two candidates advance to a general election regardless of their party affiliation, in case any of the candidates fail to secure 50 per cent of the votes. Saturday’s election was contested by 23 candidates, including 11 Republicans. Democrats expected that their leading candidate would sail through given the sizeable vote share Biden had secured last year.

But the end results show that the chasm between Republicans and Democrats in Texas’s 6th has reached a whopping 25 points. This is a greater margin than what the Republicans enjoyed even during the last decade when Texan suburbs were considered a Republican stronghold.

The National Republican Congressional Committee (NRCC) was quick to hail the big victory. NRCC Chairman Tom Emmer said, “Democrats’ socialist agenda that has opened our borders, destroyed thousands of energy jobs and wants to raise middle-class taxes by trillions of dollars eliminated any chance of them being competitive in this district.”

Meanwhile, Sanchez warned, “Nothing could be a worse omen for the Democratic Party than to have a winnable district like this with two Republicans in the runoff.”

Read More: Reagan’s mistake is Democrats’ learning: What happened in California will happen in Texas

Texas’s 6th Congressional District special election results put the Democrats in a very tight spot. The Democrats are already finding it hard to hold their single-digit majority ahead of the 2022 US elections when all House seats will go to the polls.

The Democrats are already struggling in the face of a series of high-profile departures and the redistricting process which is bound to cost the Democratic Party some Blue seats. Now, Texas has given a loud and clear message to complicate things further for the Democrats. Texas suburbs are fed up with the high-speed chases and increase in crimes being caused by the migrant surge in the state.

Texans blame Biden for pushing them into a miserable state, and now they are going to punish him in the boldest way possible- turning down Democrats during elections.