Once a rising star and now a pariah, how one wrong move against Trump ruined Liz Cheney’s political career 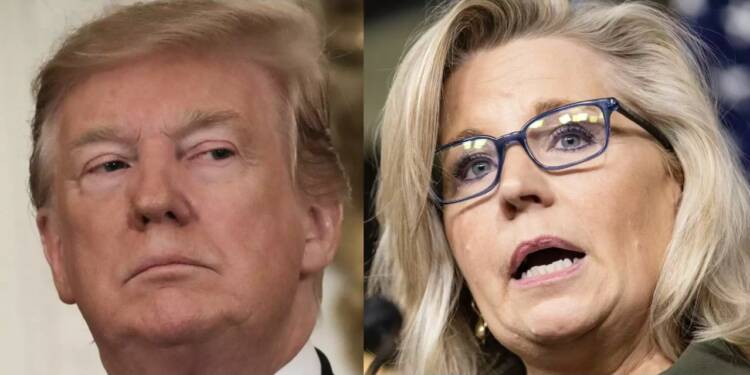 It is becoming extremely clear that House GOP leaders will oust Representative Liz Cheney of her number three House Republican position. Cheney is becoming a pariah within the Republican Party, as no conservative leader is ready to support her. Back in Wyoming, she is facing another headache as GOP leaders want to oust her during the Congressional elections next year.

Liz Cheney wasn’t always a pariah in the Republican Party. Liz, the daughter of former Republican Vice President Dick Cheney, was seen by many as a rising star within the GOP. But her anti-Trump tirades have really paved the way for her downfall. Trump remains the most popular GOP leader, and Cheney’s decision to mount criticism against the former US President is clearly damaging her political career.

Cheney was one of the only ten House Republicans, who voted in favour of the impeachment motion against Trump, in a desperate bid to end his political career. But Trump survived the impeachment campaign orchestrated by the Democrats and the ten House GOP leaders who voted against him suddenly came into spotlight for all the wrong reasons.

Yet, voting for the impeachment motion wasn’t the only issue. Liz has been too critical in her remarks about Trump. She slammed him for the US Capitol Hill violence and allegations of the 2020 Presidential elections being “stolen” and “rigged”.

Liz said, “The 2020 presidential election was not stolen. Anyone who claims it was is spreading THE BIG LIE, turning their back on the rule of law, and poisoning our democratic system.” The GOP leader also described the Capitol insurrection as a “betrayal” of Trump’s oath of office.

In fact, the number three House Republican kept repeating her anti-Trump remarks. She said, “We can’t whitewash what happened on Jan. 6 or perpetuate Trump’s big lie. It is a threat to democracy. What he did on Jan. 6 is a line that cannot be crossed.” In another barb against Trump, she said, “We can’t embrace the notion the election is stolen. It’s a poison in the bloodstream of our democracy.”

Things also went a bit too far when Liz secretly orchestrated a Washington Post op-ed by all ten living Defense Secretaries, including her father and Trump’s first Defense Secretary Jim Mattis, warning against Trump’s efforts to politicise the military. Eric Edelman, a friend of Cheney, disclosed,  “She was the one who generated it, because she was so worried about what Trump might do.”

Liz wasn’t only critical of Trump, but she was actually running a full-fledged smear campaign against the former US President. And Trump hasn’t remained apologetic either. Speaking at the Conservative Political Action Conference, Trump went as far as urging his supporters to “get rid” of Cheney, and also expressed the hope that “they’ll get rid of her with the next election.”

House Minority Leader Kevin McCarthy (R-Bakersfield) too has expressed concern about Cheney’s “ability to carry out her job” given her critical remarks about former President Donald Trump.

Without support from top two House Republicans- McCarthy and Steve Scalise, Cheney’s number three leadership position is in jeopardy. But she only has herself to blame. Cheney was a rising star, but her anti-Trump rhetoric is triggering her political downfall.