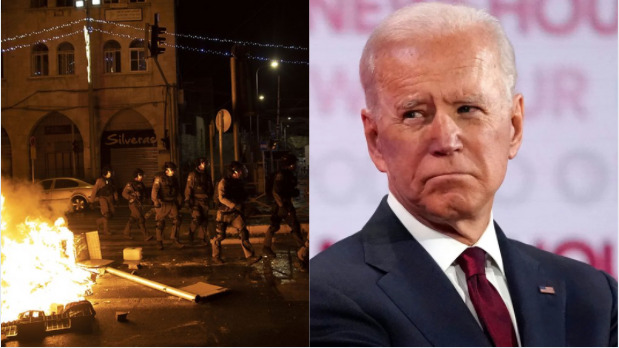 Israel, under Benjamin Netanyahu and with the support of previous US President Donald Trump, was able to gain massive support online. Israel is witnessing an attack from all fronts such as missiles from Gaza and riots in East Jerusalem. Israel’s security establishment is preparing for several critical days in Jerusalem that could determine whether the country sees a return to calm or a major conflagration, according to media reports Saturday. These situations are escalating to an extremely dangerous extent even when there is no clear result of the elections in sight.

Israel’s security forces were on high alert Sunday, following a weekend of violent Palestinian protests in Jerusalem, as well as the launch of a rocket from Gaza into southern Israel late Saturday and clashes along the security fence with the coastal enclave. Police and the military were bracing for more unrest after the holiest night of Ramadan on Saturday night, as well as Jewish celebrations of Jerusalem Day on Sunday and Monday. Security officials are concerned that further escalation of violence in the capital could lead to a wider conflict. The US President Joe Biden brought out the Palestine issue and gave these people false hope, and after Ukraine, Biden’s support to Palestine has brought Israel and Palestine on the verge of war.

It has become an established fact that Joe Biden’s Middle East policy has become a catastrophic disaster. And the latest piece of news coming from the region has further added insult to injury for the Biden administration. While the Biden administration announced tens of millions in aid to Palestinians for the third time in two weeks, Palestinian Authority (PA) President Mahmoud Abbas refused to accept a phone call from US State Secretary Antony Blinken, Kan public broadcaster reported on Thursday.

The Biden administration’s foreign policy ineptness is so apparent that even a kindergartener could point it out. Distancing allies and pampering the very power who want the worst for the USA can and should never be a foreign policy direction any US administration should take. However, Joe Biden is doing exactly this very thing and as one would imagine, it is turning out to be counterproductive. While Biden is blowing millions in aid to Palestine, the Palestinian President is not interested in having a dialogue with the US.

As per Channel 12, the new Palestinian street rhetoric is of a “war for Jerusalem and the Al-Aqsa Mosque.” According to the network, Hamas is currently refraining from shooting rockets in the Gaza Strip, although this could change rapidly. Meanwhile, the terror organisation is encouraging its West Bank operatives to carry out attacks and inflame tensions.

Read more: While Biden is blowing millions in aid to Palestine, the Palestinian President is not interested in having a dialogue with the US

Israel has increased its defence presence in all possible conflict zones and is also installing Iron Dome batteries near potential Gaza rocket sites, while also making behind-the-scenes attempts to calm Palestinian spirits. This is the result of the Biden administration unnecessarily empowering Palestine and thus reversing the course of developments which Abraham accord had set in action. The sorry visuals and riots that have restarted came after the increased aid by the Biden administration was able to reach Palestine.