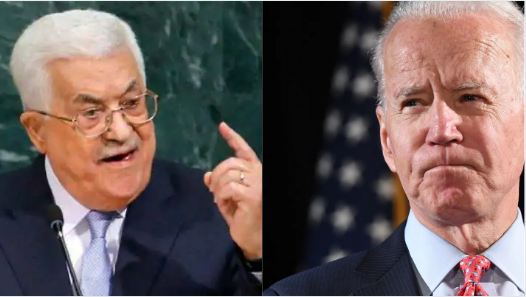 It has become an established fact that Joe Biden’s Middle East policy has become a catastrophic disaster. And the latest piece of news coming from the region has further added insult to injury for the Biden administration. While the Biden administration announced tens of millions in aid to Palestinians for the third time in two weeks, Palestinian Authority (PA) President Mahmoud Abbas refused to accept a phone call from US State Secretary Antony Blinken, Kan public broadcaster reported on Thursday.

Biden administration’s foreign policy ineptness is so apparent that even a kindergartener could point it out. Distancing allies and pampering the very power who want the worst for the USA can and should never be a foreign policy direction any US administration should take. However, Joe Biden is doing exactly this very thing and as one would imagine, it is turning out to be counterproductive. While Biden is blowing millions in aid to Palestine, the Palestinian President is not interested in having a dialogue with the US.

Biden administration had already succeeded in antagonising all its MENA (the Middle East & North Africa) allies within a week of being in office. Washington then went ahead to put a dual whammy on its allies, by firstly restoring aid to the Palestinians and reversing the Trump-era policy and secondly, appointing Robert Malley as the next US special representative to Iran, who is supported by the Jewish anti-Israel co-head of the radical left-wing group Code Pink, Ariel Gold. This was just the beginning and Joe Biden has kept up this policy since then.

Read More: Palestine is not an issue for the ‘kingmaker’ in Israel. It means Netanyahu is coming back

According to the report, the refusal came in mid-February. Instead of speaking with the top US diplomat, Abbas demanded a conversation with none other than US President Joe Biden himself — a demand that is yet to be satisfied. Kan reports that US and Palestinian officials are currently working on setting up a phone call between Blinken and PA Prime Minister Mohammed Shtayyeh.

Against this backdrop, the silent increase in the amount of aid to the Palestinians sounds like the worst way the USA could engage with Palestinian authorities in diplomacy. For the third time in two weeks, the government has declared or secretly informed Congress of its intention to send tens of millions of dollars in assistance to the Palestinians.

“Supporting an enduring solution to the Israeli-Palestinian conflict is a core US national security objective,” the State Department said in the notification, which was dated April 2 but transmitted only on Monday. “As an essential part of this effort, US government assistance seeks to build professional and accountable security and criminal justice institutions that maintain security and stability in the West Bank, uphold the rule of law, contribute directly to regional security, and protect the population.”

The newly allocated $40 million comes on top of $75 million in assistance for infrastructure, health and civil society groups the administration told Congress about on March 28 and $15 million in coronavirus assistance it announced a day earlier. And as the USA showers Palestine with continued and ever-increasing assistance packages, the Palestinian authorities are showing a cold shoulder to the USA to gain as much as they can. Palestine is taking the USA for a ride and the Biden administration is dumb enough to play along.