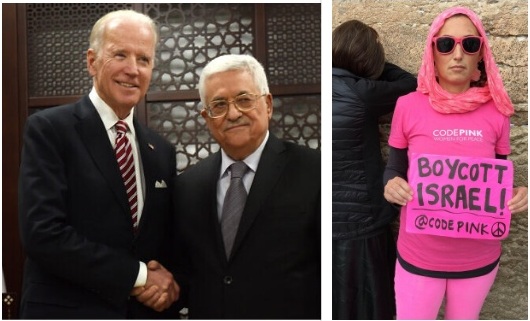 Joe Biden has lost track of the USA’s foreign policy. He has embarked on the mission to destroy all the well thought alliances that his predecessor President Donald Trump very meticulously built. And the latest development signal, it is starting from the Middle East. Biden administration had succeeded in antagonising all its MENA (the Middle East & North Africa) allies within a week of being in office. Washington has now put a dual whammy on its allies, by firstly restoring aid to the Palestinians and reversing the Trump-era policy and secondly, he has appointed Robert Malley as the next US special representative to Iran, who is supported by the Jewish anti-Israel co-head of the radical left-wing group Code Pink, Ariel Gold.

This sudden disregard to the USA’s longstanding geostrategic ally Israel has forced all the Middle Eastern allies to relook at the geopolitics of the region and their remaining options. The Israelis have been making it absolutely clear to the Biden administration, that if it becomes too cosy with the opposing factions, then it will take things in its own hands. Israel means to say that, if its interests and concerns being a longstanding ally are not considered, then it will not be considering Joe Biden’s personal preferences. The Saudis and other Gulf allies may soon follow suit and it will be very disastrous for the USA’s international image at large.

Biden is adamant to bring back the policy direction of Obama Era. The new US administration has been sending obvious signals that they are very inclined to bring back the Obama Era’s disastrous Iran Nuclear Deal, which has already made the US allies in the Middle East be it Saudi Arabia, UAE and even Israel quite miffed. And now as the MOSSAD chief is going, the concerns of the Israelis regarding the Biden administration’s reconciliatory approach towards Iran and its change in the view of Israel-Palestine issue has got Natenyahu furious.

Now, Israel seems to have made up its mind and not pay heed to the USA’s concern. Israel’s top general comments that Israeli military is reviewing its operational plans against Iran and that any US return to a 2015 nuclear accord with Tehran would be “wrong” means that this is an official policy approach of the current government. “A return to the 2015 nuclear agreement, or even if it is a similar accord with several improvements, is bad and wrong from an operational and strategic point of view,” Lieutenant-General Aviv Kohavi said in an address to Tel Aviv University’s Institute for National Security Studies.

The developments in Israel are corresponding to the cold shoulder the current Democrat-led USA is giving its closest ally in the region. In addition to the above mentioned, all the anti-Israel lobbyists support the appointment of Robert Malley as the next US special representative to Iran, be it, the columnist Peter Beinart, who no longer believes in a Jewish state or Iranian nuclear deal cheerleader and echo chamber creator Ben Rhodes and even Sen. Bernie Sanders, Democrat from Vermont.

All this coupled with the USA’s decision to Richard Mills, acting U.S. ambassador to the United Nations reiterated what had been long-standing U.S. policy before the Trump administration, calling on both sides to avoid unilateral actions that harm efforts to reach a peace agreement: “annexation of territory, settlement activity, demolitions, incitement to violence, and providing compensation for individuals imprisoned for acts of terrorism.” Thereby taking an entire U-turn from the Trump era foreign policy.

On the other hand, Biden administration has also delayed the sale of F-35s to the UAE and weapons to Saudi Arabia, thus successfully straining US relations with the entire MENA allies.

So, both Israel and Arabs find how the Biden administration has started emboldening their common enemy- Iran. And the fact that Biden has appointed an Israel hawk as envoy to Iran and resumed financial aid to Palestine and at the same time paused weapons sale to UAE and Saudi Arabia, the relations are at an all-time low. Biden seems to be losing two key American allies rather dramatically and reversing Trump’s impressive diplomatic gains over the past four years.