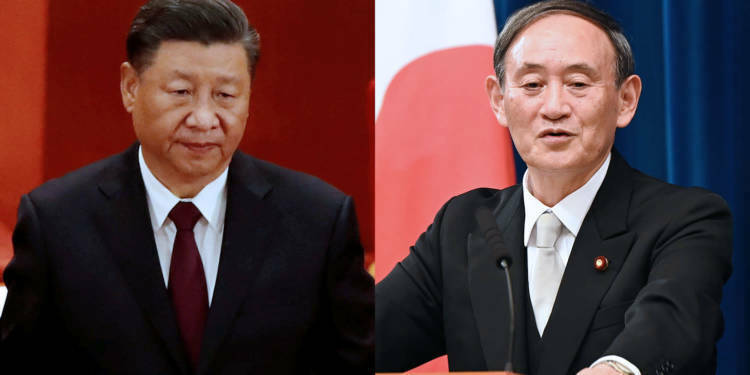 Japan was supposed to hold the Tokyo Olympics in 2020. But China’s Wuhan virus postponed it by one year. Now, Japan is supposed to hold the Olympics this year. But again, the biggest multi-sports event in the world is facing a shadow of a doubt. The Wuhan virus is still active in all parts of the world, including Japan. As such, it should have got Tokyo worried. But presently, China is more worried than Japan.

Within Japan, public sentiment is growing in favour of cancelling the Summer Olympics. But Chinese President Xi Jinping on Friday told International Olympic Committee (IOC) chief Thomas Bach that his country will support holding the Tokyo Olympics. So, why is Chinese President Xi Jinping afraid of Tokyo Olympics cancellation? And would it hurt Beijing if Japan is unable to host the biggest multi-sports event in the world?

Presently, Japan is tackling the fourth wave of the Wuhan virus pandemic, and with 11 weeks to go for Tokyo Olympics, things aren’t looking good. Over 230,000 people even signed a Japanese petition seeking cancellation of Olympics, merely within two days of its launch online. Opinion polls too have found that a majority of the Japanese people is opposed to the organisation of the Tokyo Olympics.

Meanwhile, the Japanese government has extended a state of emergency in the capital Tokyo and three other areas till the end of May. Also, the campaign to cancel the Olympics is resonating beyond Japan as well. In such a scenario, don’t be surprised if the world’s biggest multi-sports event actually gets cancelled.

At the outset, China’s desperate push against the cancellation of the Tokyo Olympics is a reflection of Beijing’s economic dependence upon Japan. The Abe government had started a process of decoupling Japanese businesses from the Chinese economy and the same process has continued with Prime Minister Yoshihide Suga at the helm of affairs.

The cancellation of the Tokyo Olympics could incite more disaffection against China, and consequently, the Japanese government might take further steps to cut off the Chinese economy.

For Japan, the stakes are very high when it comes to the Olympics. It had invested heavily for the Olympic Games- 35 trillion yen ($12.35bn) to be precise and cancellation/ postponement of the Games would imply a major loss for the country. At the end of the day, Japanese officials would be blaming the China-made Wuhan virus, if the Tokyo Olympics actually get cancelled.

More importantly, many leading Japanese companies like Toyota, Canon, Asahi Breweries, Nippon Telegraph and Telephone (NTT) and Sumitomo Mitsui, are sponsoring the big event. Now, if the Tokyo Olympics get cancelled, these Japanese sponsors too would blame only China, for it. As such, these Japanese corporate giants might try to retaliate by abandoning China as a business destination.

The Beijing Winter Olympics are already facing a pushback due to the severe human rights violations in China-occupied Xinjiang and Hong Kong. In fact, a group of anti-China activists in Japan campaigning for human rights in Tibet and Xinjiang recently called for a boycott of the 2022 Winter Olympics in Beijing.

Japan will have many strings to pull if it really wants to get the Beijing Winter Olympics boycotted. In January, the Chinese Communist Party (CCP) mouthpiece Global Times had reported,  “Japan has provided intelligence to the US and the UK about the Xinjiang Uygur Autonomous Region “showing evidence of China’s forceful detainment of Muslim Uyghur minority people,” Kyodo News reported in December.”

So, if Japan could share intelligence about Chinese human rights violations with the Five Eyes Alliance in December last year, there is no reason why Japan won’t do it again if it wants to get the 2022 Beijing Winter Olympics boycotted.

Xi is afraid of the many consequences, in case the Tokyo Olympics get cancelled. So, the Chinese President is putting all his weight behind the Olympics and somehow hoping against hope that the big event doesn’t get cancelled.