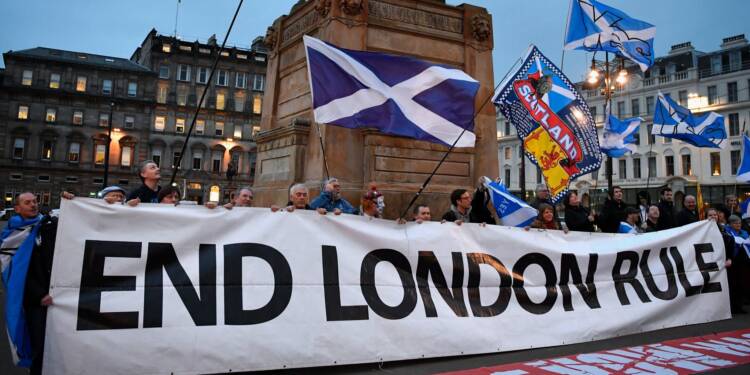 Although, there were speculations of Scotland increasing the intensity of the calls for independence and moving out of the United Kingdom setup. But, the latest developments give more fuel to it, and Scotland might be an independent state more sooner than later. As per news reports, pro-independence parties won a majority in Scotland’s parliament on Saturday, paving the way to a high-stakes political, legal and constitutional battle with British Prime Minister Boris Johnson over the future of the United Kingdom.

Scotland’s First Minister, Nicola Sturgeon, said the result meant she would go ahead with plans for a second independence referendum once the COVID-19 pandemic was over, adding that Johnson’s attempt to defy the democratic will of the people would be ludicrous and outrageous. “There is simply no democratic justification whatsoever for Boris Johnson, or indeed for anyone else, seeking to block the right of the people of Scotland to choose our own future,” Sturgeon said.

“It is the will of the country,” she added after her Scottish National Party (SNP) was returned for a fourth consecutive term in office. After Brexit, a Scottish exit from the United Kingdom seemed to be on the cards. Calls for independence once again became the top agenda in Scotland. The Scottish First Minister had earlier also signalled another referendum after the May elections and a unilateral action if the result is a pro-independence majority in the Scottish parliament. And as the results are in the favour of the pro-independence camp, things can finally pick up the pace.

The last elections were a tell-tale sign of what is going on in Scotland. The spectacular victory of pro-independence and pro-referendum Scottish National Party (SNP) in those elections has been further boosted by its victory in these elections at Scotland’s parliament. The report by Reuters mentioned that, with Scotland’s 314-year union with England and Wales on the line, the election result is likely to be a bitter fight between the Scottish government in Edinburgh and Johnson’s United Kingdom-wide administration in London.

The nationalists claim that democratic power is on their side, while the British government claims that the law is on their side. The final decision on a referendum is likely to be decided in the courts. Scotland has a successful economy, with strengths such as energy, financial services and tourism. It has a world-class university sector, is rich in natural resources, and can count on trusted institutions.

A key point for independence is that Scotland now wants to diverge from Britain after Brexit and that economic cooperation with the UK is no longer valid. The 2018 Growth Commission of the SNP outlined its refreshed Independence model. But a more radical solution, like a new currency, has been called for by many in the independence movement. A trade-off lies therein. The poorer the alignment with the UK economic model, the greater the likelihood of “doing things differently,” but the greater the danger and upheaval in the short term.
Scots voted by 55%-45% in 2014 to remain part of the United Kingdom, and polls suggest a second referendum would be too close to call. The situation seems more on the pro-independence side, given the constant victories of this spectrum of politics.