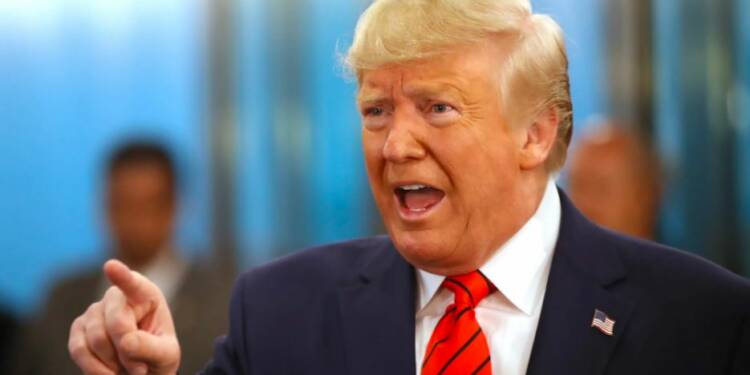 Donald Trump was undoubtedly one of the greatest Republican Presidents in a long time. So, what led to his shocking defeat? The manipulative Democrats, biased mainstream media and the big tech- some of Trump’s biggest enemies had a big role to play. But Trump also has many underrated yet lethal enemies- haters within the Republican Party. These enemies showed their true colours after Trump’s shock defeat and the US Capitol Hill violence.

Washington Post reported that Trump is plotting to take down GOP lawmakers who voted to impeach him earlier this year. Washington Post also claimed that according to a Trump advisor, the former US President is focusing on “revenge endorsements.” What we observe here is that Trump has actually targeted  Rep. Liz Cheney of Wyoming, the No. 3 House Republican.

Liz has been particularly critical of Trump and had also voted to impeach him. The former US President and his allies in the Republican Party are therefore backing Rep. Elise Stefanik of New York to replace Liz. This might as well be the first signs of a long-lasting Trump campaign to rid the GOP of those who have turned against him in the past.

In fact, as per Washington Post, the Trump advisor disclosed that the former President isn’t only targeting those who voted to impeach him, but that he is also looking to go after those elected officials who he thinks were insufficiently supportive of him after the Presidential polls.

Trump even seems to have an organised plan to take down his haters in the GOP. On Monday, the former US President had a lengthy meeting with his advisors at the Mar-a-Lago resort in Florida. The former US President is particularly interested in deciding as to when should he get involved in the congressional elections to be held next year. He is also wondering as to which races he should have on his agenda.

Trump’s plan is to endorse those candidates who will take on the GOP leaders who voted to impeach or convict him. As per Washington Post, Trump’s team is already looking to find a challenger against Liz Cheney in Wyoming. Similarly, Trump has fielded former White House aide to take on Rep. Anthony Gonzalez (R-Ohio). The former US President is also interviewing potential challengers to Rep. Adam Kinzinger (R-Ill.). Both Gonzalez and Kinzinger had voted to impeach Trump.

Moreover, the former US President is also finding a challenger to oppose Sen. Lisa Murkowski (R-Alaska), who voted to convict him in his impeachment trial.

When Trump haters voted to impeach or convict the former US President, they were thinking that they would be able to end his political career out of sheer vindictiveness. But now they would have realised that they irked the wrong man. Trump has come back looking stronger and nastier. He is going to settle scores and as such, there is a clear plan to oust every single hater from the GOP. This has left the Republican Party moles in a jittery state.