Seychelles opened up itself to the world after vaccinating its people with Chinese vaccines. Disaster immediately struck 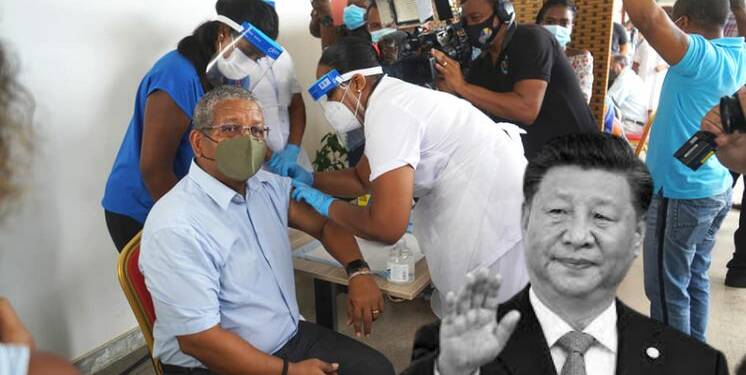 You are better off unvaccinated, than getting inoculated with a Chinese jab. Let us put it very bluntly- Chinese vaccines are trash and they don’t work. The Seychelles has realised this the hard way. A strategically located Vanilla Island country- the Seychelles has really become a victim of Beijing’s ruthless “vaccine diplomacy”.

The Seychelles had fully vaccinated 60 per cent of its population against the Chinese virus. But the island country made a big mistake- it used a Chinese vaccine called Sinopharm. Having vaccinated 60 per cent of its population, the Seychelles- a tourism-dependent country, opened up itself to the whole world. Now, the Vanilla island country is facing a new surge of COVID-19 cases and therefore, the government is forced to bring back social restrictions.

Let’s talk numbers. The Seychelles- an archipelago of nearly 100,000 people recorded around 500 cases at the start of this month. These were the first signs of an impending disaster. Today, the Seychelles has about 1,000 active cases. Interestingly, a third of the active cases were those who had two vaccine doses. Others were unvaccinated or had only received a single dose of vaccine.

Now, the Seychelles government has run into panic. Schools have been shuttered and sports activities have been cancelled for two weeks. Bars, restaurants and shops are to close early and some gatherings have been banned.

On Tuesday, Health Minister Peggy Vidot, at a press conference, said, “Despite all the exceptional efforts we are making, the Covid-19 situation in our country is critical right now with many daily cases reported last week.”

The Seychelles started vaccinating its population in January using Sinopharm and by mid-April, about 60 per cent of the Seychellois people were administered the Chinese vaccine. China had pegged the efficacy of its vaccine at 79%. But by now, the Seychelles must have realised that China was lying through its teeth.

Earlier in April, Gao Fu, head of the Chinese Centres for Disease Control and Prevention, had suggested that China-made vaccines “don’t have very high rates of protection”. Later, he sought to change his stand and told Global Times, an influential Chinese Communist Party (CCP) mouthpiece, that “protection rates of all vaccines in the world are sometimes high, and sometimes low”.

But the world should take a clue out of what Fu had said. Simply put, Chinese vaccines won’t give you any kind of protection. Beijing shipped out its vaccines to developing and poor countries in order to ramp up its soft power, but several months later, it has become known that Chinese vaccines are simply useless.

Whatever loss of life or damage the Seychelles suffers from here on would be directly attributable to China and its vaccines. But the developing world should understand that purchasing the Chinese vaccine is going to do more harm than good. China’s vaccine industry is just as callous and dangerous as the Chinese system that created COVID-19 in the first place.

Also, those who used Chinese vaccines to inoculate themselves would be better off reviewing their own health conditions. Other parts of the world where vaccines have not yet reached should resist the temptation of buying Chinese vaccines.

In fact, it is better to wait for effective vaccines than buying the readily available Chinese ones. The Seychelles episode is thus the biggest reminder of how Chinese “vaccine diplomacy” can cause extensive damage to the Pandemic-ravaged world.

Thitu Island is a tiny speck in the vast South China Sea, but the Philippines plans to startle China with it