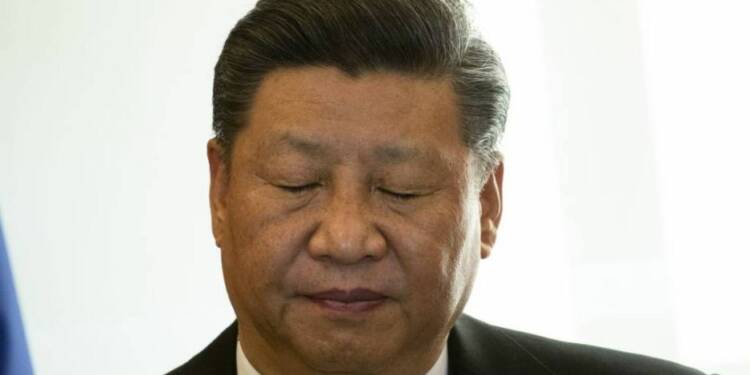 In what comes as a major embarrassment for the Chinese Communist Party, in a local survey conducted within the Chinese city of Shanghai, close to 90 per cent of the participants said they would not get themselves vaccinated with a vaccine developed nationally, over the fears of its efficiency, safety and side-effects.

The survey, which has shocked the wits out of the Chinese administration, comes at a time when China is aggressively trying to win-over many countries with its vaccine diplomacy. Such desperate reach out to various countries was necessitated after the middle kingdom found itself isolated internationally for letting the pandemic spread unabated.

The survey, which was conducted last month, stated that only 10 per cent workers in a local hospital at Shanghai expressed their willingness to get immunized with a Chinese vaccine for COVID-19. The remaining 90 per cent outrightly refused any Chinese vaccination over a basic lack of trust in the authoritarian country’s brazenly inefficient and often lethal vaccine industry. Reported by China in Focus – NTD, the survey also found that only three workers from a real estate company in the city said that they would get immunized with a Chinese vaccine.

The #CCP has said it is willing to provide #vaccines to other countries. But a local survey suggests many Chinese people would refuse the #MadeinChina vaccines.

Shanghai officials had issued an emergency notice last month mandating municipal hospitals, fever clinics and virus-related laboratories to survey people in a confidential manner and ascertain as to how many of Chinese citizens in the city would be comfortable to get vaccinated for COVID-19 by a local vaccine. The results from the said survey have embarrassingly gone against the aspirations of the CCP.

For the Xi Jinping-administration, which is looking ahead to exporting Chinese COVID-19 vaccines around the globe, it comes as a brutal shock to be told that not even citizens within the country are willing to avail immunization.

Many reasons have contributed to the Chinese people fearing a COVID-19 vaccine developed in their country. A short-noticed and shady development process is least of their worries. Historically, China has been failed miserably at producing safe vaccines. As reported by TFI earlier, Chinese vaccines can impair the speech of an individual, paralyse them or even worse, leave the individual in a vegetative state. To the same effect, one Mr. Li told NTD, “As you know, vaccines produced by the Communist party cannot reach the standard. I am worried about the quality for sure. The CCP is too good at counterfeiting.”

Read more: Amid Corona vaccine race, a look into the inhuman and deceitful Chinese vaccine industry

Another Shanghai citizen, Mr. He told China in Focus that there have been too many problems with previous epidemics too, and that the people are burdened by the fact that vaccines have been in trouble and have been subjected to so-called validation and procedures by the ruling regime. The same assertion of a concerned Chinese victim of Communism cannot be contested. In fact, China has quite a history of having near-annual vaccine scandals, resulting in innumerable and often under-reported deaths of innocent citizens, particularly children.

China has empowered a vaccine industry that invests more in selling and distribution, rather than ensuring safety, and Research & Development. In fact, Chinese regulators turn a blind eye when it comes to State-owned firms like the Wuhan Institute of Biological Products, known for their criminal negligence worldwide. 40 per cent of China’s vaccine industry is dominated by State-owned firms, who know that the regulators will not crack down on them even if they are caught producing faulty products.

With news trickling out now that not even Chinese citizens are willing to get immunized with Chinese vaccines, the CCP will most definitely have a tough time convincing countries across the globe to buy their products, which can definitely not be called anti-COVID-19 vaccines.