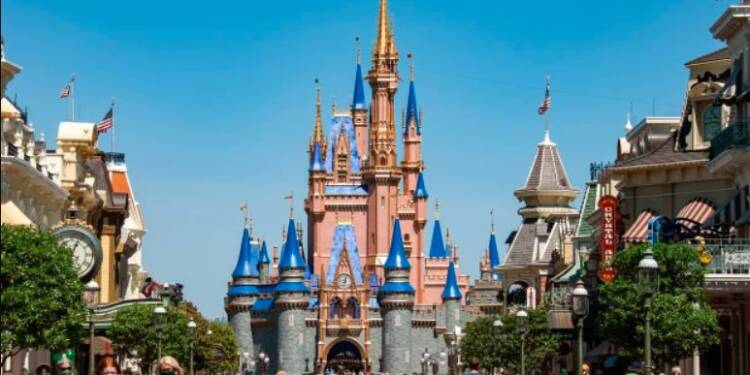 The Walt Disney Corporation appears to have gone full “woke” in its employee training materials, accepting systemic racism as a fact that must be addressed. Journalist Christopher Rufo obtained Walt Disney training documents on diversity, which assert that America was founded on “systemic racism” and instruct employees to reject “equality” in favour of “equity,” or “equality of outcomes.”

The documents include a section in which employees are told that the United States has a “long history of systemic racism and transphobia,” and that “if you are feeling confused, shocked, or have recently awakened to systemic racism, recognise that this is probably not new to your Black/African American colleagues.”

“Avoid messages like, ‘I can’t believe this is happening,’” suggests the training material. “The killings of Breonna Taylor, Sean Reed, Ahmaud Arbery, George Floyd, Tony McDade, Nina Pop, Rayshard Brooks, Adame Traore, and others are part of a long history of systemic racism and transphobia. In solidarity with the protests in the United States, we are seeing similar protests around the world in response to police brutality against Black people. The current unrest represents a tipping point in the movement’s history, as well as heightened awareness of the movement.”

Another section of the training instructs employees that “deepening your insight and knowledge is a critical first step to understanding the magnitude and complexity of the current state and building empathy to authentically connect with your colleagues.” There are two bullet points in the section about how white employees should educate themselves about systemic racism.

“Take responsibility for educating yourself about structural anti-Black racism in both the current and historical contexts. Choose sources from Black authors, journalists, and organisations,” the first bullet point says, directing employees to a list of resources elsewhere in the documents. The second bullet point reads, “Do not rely on your Black colleagues to educate you. This is draining emotionally.”

Furthermore, white Disney employees are asked questions such as, “How can you effect change in your sphere of influence?” and “Is there a way for you to share what you’ve learned with other allies?” They are then instructed to a set of to-dos. To reflect on the diversity or the apparent lack of in the personal and professional networks, acknowledge the emotional reaction to work through the feelings of shame, guilt and defensiveness, and to recognize and accept the fact that the black colleagues are being affected more from the pandemic than selves.

Disney tells employees in a section titled “Looking Forward: Equity, Not Equality” that while “Equality is a noble goal,” they should really “strive for equity, where we focus on the equality of the outcome, not the equality of the experience by taking individual needs and skills into account.”

According to Rufo, Disney also sponsored a “21-Day Racial Equity and Social Justice Challenge,” in which participants were told that they had “all been raised in a society that elevates white culture over others.” Participants are then asked to fill out a “white privilege checklist,” which includes statements such as “I am white,” “I am heterosexual,” “I am a man,” “I still identify as the gender I was born in,” “I have never been raped,” “I work in a salaried job,” “I do not rely on public transportation,” and “I have never been called a terrorist.” Other options include, “I graduated high school,” “both of my parents are alive,” and “I’ve used prescription drugs recreationally.”

Finally, participants in the challenge were told they needed to “pivot” from “white dominant culture” to “something different,” according to Rufo. The documents from Disney, like many other so-called anti-racism training materials, insist that “competition,” “individualism,” “timeliness,” and “comprehensiveness” are values that “perpetuate white supremacy culture.”

To combat this culture, Disney recommends that employees read the book “75 Things White People Can Do for Racial Justice,” which advises white people to “defund the police,” “participate in reparations,” and “decolonize your bookshelf,” which means to add more books by non-white authors.

And, like so many other “anti-racist” training, Disney has launched “affinity groups,” which segregate people by race and blame white people for society’s ills.

Disney’s anti-racial training program demonstrates one thing and one thing only. In American society, white people have become a symbol of hatred and prejudice. The left’s racial politics knows no bounds, especially when it comes to vilifying an entire race. They are there for power and to tear the fabric of society apart. With all due respect, it was also the Biden campaign’s main election agenda, race. Now that they have power, they are shamelessly pursuing their politics, i.e., hatred of the white man.

Seychelles opened up itself to the world after vaccinating its people with Chinese vaccines. Disaster immediately struck