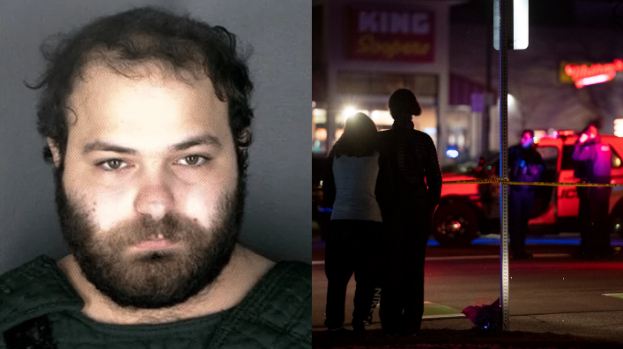 A heinous crime was committed in the United States. Boulder, a municipality in Colorado, was witness to a mass shooting where ten people lost their lives including a police officer who had seven children. While the crime itself was shocking, what followed was devious and an abhorrent attempt to malice a whole race for a crime it had nothing to do with.

When the news of the mass shooting in Boulder emerged, Democrats and the left-leaning media houses jumped the gun and profiled the perpetrator of the mass shooting as a “white man” even before the facts were out. When the facts actually did come out and it was revealed that a Syrian immigrant, Ahmad al Issa, who was a fan of CNN’s prime time show of which he constantly shared links of on his Facebook page. The left-leaning media and the Democrats were forced to eat their own words, but they did it shamefully and at the same time still glorified their divisive race politics.

On Tuesday, investigators were trying to find out what drove a 21-year-old man involved in the shooting at a grocery store in Boulder, Colorado, to kill ten people in the country’s second mass shooting incident in less than a week.

When the gunman walked into the King Soopers store on Monday and opened fire, he was armed with a military-style semiautomatic rifle and a handgun, according to police. They named the perpetrator as Ahmad Al Aliwi Alissa, a resident of Arvada, a nearby suburb. He was charged on Tuesday with 10 counts of first-degree murder, which carries a life sentence without the possibility of parole in Colorado.

According to law enforcement sources, the F.B.I. was previously aware of Ahmed’s identity because he was connected to another individual under investigation by the bureau. Furthermore, Mr Al Issa was accused of misdemeanour assault against another student in a classroom while he was a senior at Arvada West High School in 2018 and told the police at the time that it was in retaliation for slurs and racial taunts. He was recognised by his classmates as having a fiery temper that flared in reaction to setbacks or slights.

After the horrible incident, numerous left-liberals including Kamala Harris’s niece, Meena Harris took to Twitter to declare the attacker as a “white man.” They consciously spread their divisive lines to propagate their agenda of race politics. From media to politicians, to people who think they deserve a stand in the public sphere because they are related to the Vice President of the United States, they all started blaming the white community without knowing anything about the accused and who he was really.

Feminists, Activists, authors everyone toed their divisive political lines until the facts were out. Albeit to the disappointment of the left-liberals, it was found that it was a Muslim immigrant from Syria who became a naturalised American citizen and constantly followed CNN’s prime time news and had regular outbursts, some even violent because he felt he was constantly targeted for being a Muslim, for his race, sounds like the perfect democrat voter. Thus when the facts did come out, some deleted their tweets, not because they felt ashamed, but because they have been caught pushing their divisive politics, but even still, some who could not accept the falseness of their claims that the perpetrator was a white man, while providing their clarification still pushed their agenda shamelessly.

While these people pushed their narratives spewing hate against the white men, their followers believe them blindfolded. Dylan Park, a left-liberal and someone who quickly took to Twitter to spread a false narrative had 125,000 likes on his tweet.

Moreover, while the narrative quickly changed to condemn the shootings. but so did the call for actionable justice. As soon as people found out that the perpetrator was a ‘not so white man’, they tried to defend everything around the criminal, calling him a Muslim incel and a target of islamophobia. While they would not have been able to defend the actions of the shooter, they tried to defend the man he had become by propping up the situations that led to him killing ten people in cold blood. Ten people with ten different families including a police offer.

While the left-liberals decried the death of the police officer, it has not been even a year where they had taken violently to the streets, causing massive destruction to both private and public property to protest against the police and calling for their defund.

While Twitter has been pretty vocal and decisive on suspending accounts that spread fake news, no left-liberal Twitter account has been suspended for spreading the “white man” narrative.

The collusion is massive and needs to be broken. The white man has become a symbol of hate and is prejudiced in American society. The racial politics of the left seem to have no end and especially do not have any shame maligning a whole race. They are there for power and to tear the societal fabric apart. With no respect, it was also the chief election agenda of the Biden campaign; Race. Now they are in power and are shamelessly pursuing their politics, i.e. hate against the white man.

While China goes berserk against the EU, Russia plays a smart strategy to undercut China