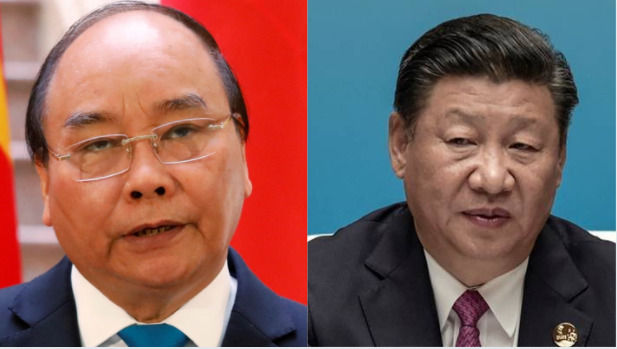 Vietnam is one of the few countries which share a land border with China and are in a continuous tug-of-war with it when it comes to maintenance of the status quo in the neighbourhood. Just like Cambodia, the Chinese Communist Party wants to make Laos its protectorate state and wrest it from Vietnam making Hanoi unable to access the rest of Peninsular South-East Asia and the land route to South Asia. Thus, Vietnam has started its efforts to make sure Laos does not go the Cambodia way.

In March, Hanoi announced it had gifted a new parliament building worth US$111 million to Laos. The move reflects Hanoi’s unease over Beijing’s growing influence over its closest ally. China has overtaken Vietnam as the largest investor and lender in Laos. Keeping Laos by Vietnam’s side is a top foreign policy priority for Hanoi. Now the question boils down to what the differential of interest between Beijing and Hanoi is, vis a vis, Laos.

The connection between the two regimes is special: socialism training in Vietnam is a must for Laotian politicians who aspire to be national leaders. Laos is one of the two countries that the Communist Party of Vietnam (CPV) calls anh em (brothers), with the other being Cuba. The Vietnamese ambassador to Laos is among the few career diplomats to hold the rank of vice minister of foreign affairs. The relationship between the two countries has been historically strong.

Laos is also essential for Hanoi’s geopolitical survival. Just China, Cambodia, and Laos share land borders with Vietnam. Given Hanoi’s complicated past and ongoing mistrust of Beijing’s motives, creating a unified “Indochina” political bloc to protect against northern encroachment has always been a top priority in its strategic planning. North Vietnam had to fight wars on both sides of the country and was on the verge of complete collapse the last time they failed, in the late 1970s. Furthermore, because China’s support for Cambodian Prime Minister Hun Sen’s government has firmly encircled Cambodia, Vietnam cannot afford to lose Laos.

While the disagreements are on the rise between Laos and Vietnam, given the increasing influence of the Chinese Communist Party, Laos also knows how important Vietnam for it is. Laos also has a strategic interest in maintaining a warm relationship with Vietnam. Being landlocked, Vietnam provides the best route for Laos to access the sea for trade. Infrastructure projects to connect Laos with Vietnam’s key economic centres, including a proposed railway from Vientiane to the central Vietnamese deep-water port of Vung Ang, are being considered. Chinese infrastructure financing has also left Laos with a heavy burden of debt and vulnerable to Beijing’s manipulation. Vietnam offers a counterweight to this trend. The best strategy for Laos is to walk the line between its two bigger neighbours and benefit from both.

The relationship between Vietnam and Laos is based on a strong political relationship that has lasted more than 40 years, as well as deep economic and cultural links. Over the years, Vietnamese businesses have prospered in Laos, especially in the southern provinces of Savannakhet and Attapeu. Daily economic activities between the two countries are virtually unrestricted, and many Vietnamese have taken advantage of the opportunity to immigrate to Laos, where they work in a variety of jobs ranging from small shop owners to construction workers. These face-to-face encounters have strengthened links between Vietnam and Laos, and it will be some time before China develops similar ties.

Going ahead Vietnam will make sure to keep its flock together. It will up its engagement with Laos to an extent that can overshadow the Chinese engagement in the country. Vietnam is likely to aim to reinforce its relationship with Laos, particularly through deepening economic cooperation. Road, port and railway projects that connect Laos with Vietnam will be a priority.