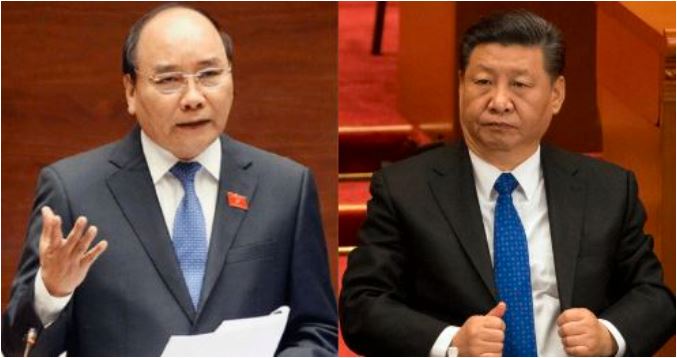 China loves bullying others in the South China Sea. It terrorises ASEAN neighbours who oppose Beijing’s claims in the disputed region. In fact, Chinese fishing boats often function as maritime militias. China uses the so-called fishing boats to harass fishermen of other countries all across the Western Pacific region, including the hotly contested South China Sea. However, now China’s terror reign is about to end, as Vietnam responds in kind.

SCMP cited a Chinese military magazine as reporting that Vietnam is building up its own maritime militia in the South China Sea region. The move is an attempt by Vietnam to imbibe a culture of civil-military fusion. The European Union estimates that the Vietnamese militia comprises 8,000 fishing boats and 46,000 fishermen. But the Chinese military magazine pegs the number of fishermen at over 70,000.

China is seemingly worried about the Vietnamese militia. The Chinese military magazine added that the matter must be “taken seriously and dealt with in a timely manner.”

Vietnam has been prepared to move in the direction of mobilising a powerful maritime militia for quite some time now. In 2009, the Southeast Asian nation passed a law authorising its maritime militia to perform military functions like conducting sea patrols and surveillance. Vietnam also authorised the maritime militia to confront and expel foreign vessels intruding into Vietnamese reefs and Islands.

As per the Naval and Merchant Ships magazine, the Vietnamese militiamen participated in a range of missions, including some in cooperation with the Vietnamese Navy, when not catching fish.

Presently, the maritime militia becomes very important in the background of China’s attempts to flex its muscles in the South China Sea region. The Chinese People’s Liberation Army Navy (PLAN) and Chinese maritime militia have been continuously trying to assert control over disputed features of the South China Sea. The Xi Jinping administration in Beijing wants to take control of the entire region.

The Chinese military magazine also alleged that Vietnamese militia got involved in missions of covert spying on Chinese military ships and facilities. It added that sometimes, the missions also included clashing deliberately with Chinese Coast Guard ships in order to invite Western attention.

The Chinese magazine added, “The guerilla warfare tactics could offset Chinese law enforcement ships’ advantages in terms of vessel size and technologies … [and] if they get captured, the economic cost is limited but diplomatic and political gain could be huge, so they have little fear.”

However, Vietnam is only giving China a dose of its own medicine. The Philippines, for example, has spotted many Chinese maritime militia vessels near the disputed Whitsun Reef. Yet, Beijing denies that it is actually making a military provocation. China claims that these are only civilian vessels. Chinese Foreign Ministry spokeswoman Hua Chunying even claimed that the vessels were only “taking shelter from the wind” and that the Philippines should actually view the situation in a “rational light.”

The Vietnamese maritime militia is actually creating sufficient deterrence against China. Realising the perils of clashing with a resurgent power like Hanoi, China has even started talking in the language of improving trust and cooperation with Vietnam in the South China Sea region. The good old Chinese belligerence and aggressive language are conspicuously missing.

China is clearly growing fearful of Vietnam. And then, Beijing never forgets the brutal humiliation that it had to face at the hands of Hanoi during the 1979 Sino-Vietnamese war. China fears that if tensions escalate in the South China Sea region, it might have to face a similar drubbing all over again at the hands of Vietnam.

Also, Vietnam enjoys considerable diplomatic and economic heft. It has been stealing Japanese companies and other business entities exiting China in search of other business locations. Vietnam has therefore way too many weapons to harm China, and the most potent of them is, of course, its maritime militia.