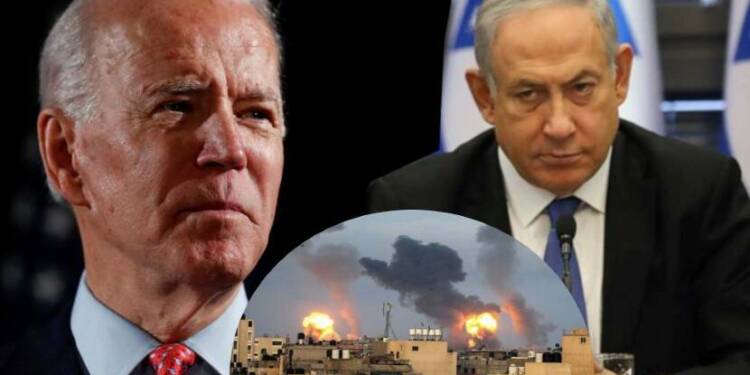 The United States is pursuing a risky foreign policy under Joe Biden’s leadership. The Biden administration seems to be deliberately confusing its allies, which may lead to them being enraged beyond reconciliation. Although the US was unwavering in its support for Israel, its most trusted ally in the Middle East, under Donald Trump, it appears that under Joe Biden, the US is dithering on the issues that most affect Israel. And it is evident by the new charges brought out against Israel by the International Criminal court.

Fatou Bensouda, the Prosecutor of the International Criminal Court, charged both Israel and Hamas on Wednesday with new alleged war crimes charges related to the ongoing conflict. In a series of tweets, Bensouda wrote, “I note with great concern the escalation of violence in the West Bank, including East Jerusalem, as well as in and around Gaza, and the possible commission of crimes under the #RomeStatute.” Further, she wrote, “I echo the call from the international community for calm, restraint & a stop to the violence.”

Next, she said, “I recall that my Office’s investigations will cover all sides and all the facts and evidence relevant to an assessment of whether there is individual criminal responsibility under the Statute. My Office will continue to monitor developments on the ground and will factor any matter that falls within its jurisdiction.”

In February and March, the ICC Pre-Trial Chamber and Bensouda both decided to pursue a full criminal investigation into Israel’s and Hamas’ actions. Bensouda was already investigating the 2014 Gaza war, the 2018 Gaza border crisis, and the settlement establishment in Israel.

However, once an ICC inquiry is opened, it is open-ended, and new incidents can be added as they arise. Bensouda’s tweets on Wednesday served as a reminder to Israel and Hamas that the latest major dispute is taking place in the midst of an ongoing full ICC criminal investigation for the first time ever.

There was no International Criminal Court procedure in effect in 2014, and the former prosecutor, Luis Moreno-Ocampo, had denied jurisdiction over “Palestine” in early 2012. However, by late 2012, the UN General Assembly had granted the “State of Palestine” heightened nation-state status as a non-member state. The Palestinian Authority used this new position to order an investigation into Israel in early 2015, and Bensouda spent the next five years conducting a preliminary investigation into the matter.

The matter was litigated before the ICC Pre-Trial Chamber between December 2019 and February this year, with the Pre-Trial Chamber ultimately approving Bensouda’s advancement to the next level, the complete criminal investigation. Bensouda had previously warned Israel about the 2018 Gaza border dispute and a proposal to expel residents of Khan al-Ahmar.

Israel delayed the evacuation of Khan al-Ahmar residents indefinitely, and the Israeli Defense Forces admitted to changing some of its strategies during the 2018 conflict. But none of those conditions compared to the current crisis, which has the potential to reveal Israel on a much larger scale.

In a phone call with Netanyahu, Vice President Kamala Harris had reaffirmed the US opposition to an International Criminal Court investigation into alleged war crimes in the Palestinian Territories. The US then lifted restrictions and a travel ban on the anti-Israel prosecutor of the International Criminal Court, which had been imposed by Donald Trump’s administration.

On the one hand, the Trump administration was true to its words and its behaviour was consistent with its statements; on the other hand, the US under the Biden administration is contradicting itself at every turn. The anti-Israeli forces have gained strength as a result of the Biden administration’s half-hearted support for Israel. It is unimaginable that the ICC had opened up another investigation into Israel accusing it of more war crimes had Trump been re-elected as President.