The anti-Israel ICC judge, who was sanctioned by Trump, has been given a free hand by Biden to go all against Israel 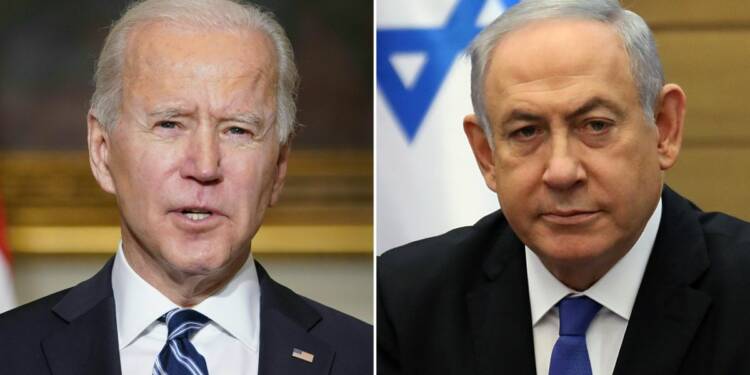 Under Joe Biden, the USA is following a dangerous foreign policy. It seems the Biden administration is intentionally keeping its allies confused and may even lead them to become angered beyond reconciliation. While under Donald Trump, the USA was total with its most trusted ally in the Middle East, Israel, but under Joe Biden, it seems the USA is dilly-dallying on the issues that impact Israel the most.

Earlier, Vice President Kamala Harris, in a call with Netanyahu, reaffirmed the US opposition to an International Criminal Court probe of possible war crimes in the Palestinian Territories, but now the United States has lifted sanctions and a travel ban imposed by Donald Trump’s administration on the anti-Israel prosecutor of the International Criminal Court. On one hand, was the Trump administration was staying true to its words and its actions were in line with its statements, however, under the Biden administration, the USA is saying something and doing the exact opposite of it.

Pompeo’s successor, Antony Blinken, said the United States continued to “disagree strongly” with the moves. “We believe, however, that our concerns about these cases would be better addressed through engagement with all stakeholders in the ICC process rather than through the imposition of sanctions,” Blinken said in a statement. He said that both the sanctions and visa bans against Bensouda and her staff were being lifted. “I trust this decision signals the start of a new phase of our common undertaking to fight against impunity for war crimes,” said Silvia Fernandez de Gurmendi, the head of the Association of States Parties to the ICC, in a statement.

Read more: After a full month of hounding Netanyahu, the Biden administration comes up with a goodwill gesture for him

As soon as Biden came to power, he was unduly harsh on Washington’s only non-Muslim democratic ally in the Middle East, Israel. He avoided making a telephone call to Netanyahu for the longest time, pandered to Israel’s existential threat- Iran and tried reinvigorating the Palestinian cause. However, the statement by the US Vice President in support of Israel and critical of ICC was perceived as good news and a signal for continued foreign policy. But, now by removing the sanction against the anti-Israel ICC judge, the Biden administration has given ICC a free hand to go all against Israel.