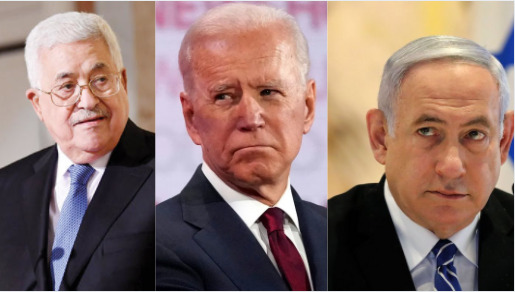 The Israel-Palestine conflict is escalating, given the ongoing clashes between Hamas and the Israel Defense Forces (IDF). Israel is protecting itself and also targeting Hamas leadership in Gaza. But guess what the US President Joe Biden is up to. The White House is withdrawing support from its ally- Israel and supporting Palestine.
The Biden administration notified Congress on Thursday that it will provide $10 million to Palestinian groups in Gaza and West Bank to support exchange and reconciliation projects with Israelis. Notably, the Biden administration has not named the recipients of its latest aid to Palestine. Meanwhile, the US Department of Defense has also disclosed that it has pulled out 120 US military personnel from Israel amidst growing Israel-Gaza tensions.

On Friday, the US State Department has informed that the $10 million provided to Palestinian groups is a part of over $100 million that the Biden administration allocated to Palestine earlier this year. Biden has, thus, totally abandoned Israel, as against his predecessor Trump who had almost completely ended US financial support to Palestine.

As per The Associated Press, a notice to lawmakers issued by the U.S. Agency for International Development stated that the latest financial aid would support “people-to-people efforts to bring together conflict-affected groups to address divisions that may be rooted in group differences such as ethnicity, religion, status, class, or political affiliation in areas affected by conflict and civil war.”

By choosing to send financial aid to Palestinian groups, Biden has shown that his true loyalties lie with Palestine and not with the longtime American ally, Israel. Presently, Israel is handling the biggest escalation with Hamas since 2014 and Biden’s decision to abandon the Jewish nation at this critical juncture is bound to sour US-Israel ties.

The loyalty of a true ally can only be tested during a time of crisis. Presently, Israel is facing a crisis of sorts and Biden has clearly failed the loyalty test. Israel is facing aggression from its adversary and, therefore, Biden should have stood with the Jewish nation. But unfortunately, the US President is sending all the wrong signals by pulling back American military personnel from Israel.

On Friday, the Pentagon confirmed that it has pulled put 120 military personnel from Israel. US Defense Department Secretary John Kirby said, “These people from throughout the department were in Israel for a routine planning event”, in reference to an upcoming military exercise.

Kirby added that the withdrawal was made “out of an abundance of caution and good prudence … we ended that planning conference a little early and got them safely to Germany.”

Read More: With his overt support to Palestine, Biden has handed Putin the keys to the global power structure

After Biden virtually backstabbed Israel, the Jewish nation would have realised that the old man helming affairs at the Oval Office is no friend. Israeli civilians and military forces are presently facing unprovoked fire from across the border. Yet, Biden does not seem to care for them, rather he is more concerned with financial aid for unnamed Palestinian groups.