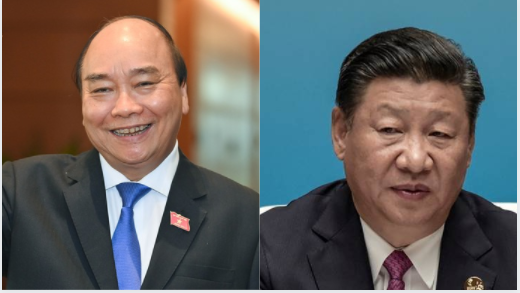 Vietnam, the fastest developing country in the Southeast Asia region, is now looking to kick China out of the region. And it has started by puncturing a deep hole in Beijing’s “vaccine diplomacy” in the region. There was ample scepticism about the effectiveness and cost of Chinese vaccines in Southeast Asia, but some countries in the region went ahead with their procurement because of global supply issues.

However, Vietnam is now looking to curb China’s vaccine supplies in the region. The Southeast Asian nation of nearly 100 million people has recorded less than 4,000 Coronavirus cases and just 35 deaths. Its performance has been remarkable. Now, with the latest wave of COVID-19 outbreak hitting Southeast Asia, Vietnam has once again decided to lead by example. In order to counter the Chinese vaccine diplomacy, Vietnam is developing four of its own vaccines.

Hanoi was only one of the few regimes in the region that rejected Chinese vaccines altogether. It understood that not only were China’s vaccines ineffective and riddled with supply delays but they were also bound to serve as instruments of the Chinese strategy to ramp up its influence in the region. This is, of course, unacceptable for an ambitious Hanoi.

Two of Vietnam’s four vaccines are being developed by State-owned companies but the frontrunner- Nanogen has made deep progress. It is running clinical trials at the Vietnam Military Medical University in Hanoi and harbours the aspiration of going global with its vaccine- Nanocovax.

Nanogen research and development director Dr Do Minh Si told The Sydney Morning Herald and The Age that the vaccine would be developed for emergency use soon. He also claimed that the company has the ability to produce 120 million doses in a year. In fact, he also wants to increase its production capacity and discussions are underway with Indian and Korean production plants.

A Vietnamese company is, of course, not looking to produce over 120 million vaccines only for its own population. Vietnam itself has the Coronavirus outbreak in control with a robust containment strategy that allowed the Southeast nation to avoid any major COVID-19 surge without slowing down its economic growth. So, the production is quite clearly targeted at neighbouring countries.

While Vietnam avoided a major outbreak, other Southeast Asian countries have an increasing caseload. Thailand, for instance, has a caseload bearing 90,000. Cambodia too has recorded as many as 20,000 COVID-19 cases. The Philippines and Indonesia are, however, the worst affected with the case tally running into millions.

As such, Vietnam understands that China’s “vaccine diplomacy” has not really curbed the Pandemic in Southeast Asia. This gives Hanoi ample vacuum to fill in.

Countries like Indonesia, the Philippines, Malaysia, Singapore, Thailand and Cambodia opted for Chinese vaccines despite concerns about their unreliable efficacy data. Yet, these countries could not get rid of the scepticism surrounding Chinese vaccines. Sinopharm- a Chinese vaccine, for example, has not been approved in the Philippines. President Rodrigo Duterte took a shot of the unapproved vaccine by mistake but then asked China to take back 1,000 donated Sinopharm vaccines.

Read More: China is trying its best to wrest Laos from Vietnam, but Vietnam is too clever an opponent

Duterte said, “Don’t follow my footsteps.” He added, “It’s dangerous because there are no studies, it might not be good for the body. Just let me be the sole person to receive it.”

And then, efficacy is not the only issue. China has simply failed to manufacture enough vaccines for inoculation in the Southeast Asia region. Countries that ordered Chinese vaccines found out how Chinese vaccine shipments arrived with undue delay and the consignments too were smaller in size.

Over the past six weeks, a new wave of COVID-19 cases has struck the region and the caseloads in many countries like Thailand and Cambodia have risen sharply. The region has to step up vaccination in order to avoid more damage to life and the economy. As such, Chinese vaccines cannot meet the uphill task that Southeast Asia faces. And now, Vietnam is promising to take charge of the situation by ending Beijing’s “vaccine diplomacy” in the region.