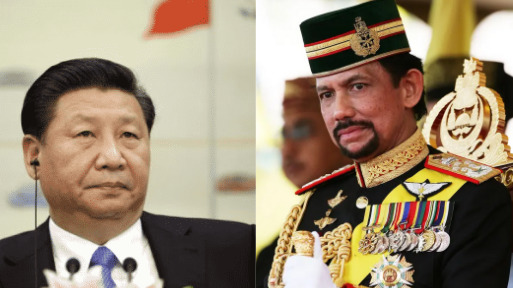 2020 was a bad year for China in the Indo-Pacific, with all its enemies and competitors joining hands in the region. The most unexpected setback, however, must have been the ASEAN pushback. Vietnam, the biggest challenger to Chinese hegemony in Southeast Asia, acted as the ASEAN chair last year and mobilised opinion against Beijing. Hanoi has made ASEAN ambitious both in terms of economic growth and checking Chinese aggression in the South China Sea (SCS).

Within Beijing, there was a firm hope that once Brunei took over as the ASEAN chair in 2021, it would be able to bully Southeast Asian nations all over again in the SCS and also exploit ASEAN’s growth potential. Brunei is hardly as influential as Vietnam and therefore, China got its hopes high. Yet, Brunei has turned out to be craftier and has clearly outdone Beijing after taking over as the ASEAN chair.

In fact, as soon as Brunei took over as the ASEAN chair, China made desperate attempts at pleasing it. The Xi Jinping administration even engaged in “vaccine diplomacy” in a desperate bid to tempt Brunei. Chinese Ambassador to Brunei Yu Hong called the vaccine donations, a part of the China-Brunei strategic cooperative partnership and the true friendship between the people of two countries.

Yet, Brunei has not changed the ASEAN even after assuming its chairmanship. Brunei has been crafty in letting the Vietnamese impression on the intergovernmental bloc define its future course of action, especially in reference to China-related matters.

Vietnam had encouraged ASEAN solidarity, cohesiveness and responsiveness- tenets that are desirable for all Southeast Asian nations. Therefore, the task for future ASEAN chairs including Brunei was cut out by Vietnam. Brunei does not have to do much now and only needs to build on from where Vietnam left the chairmanship of the intergovernmental bloc.

Vietnam had promoted ideas like leveraging the benefits of the fourth industrial revolution. So, in February 2021, the ASEAN discussed exploitation of mineral resources and formulation of the ASEAN Mineral Cooperation Action Plan. Brunei, as the ASEAN chair, is also taking Vietnam’s focus on economic development forward by underscoring the timely actualization of Priority Economic Deliverables (PEDs) within the sphere of the ASEAN Economic Community Pillar.

Even more importantly, Brunei is taking forward Vietnam’s desire to keep the region united against external forces. Hanoi has been more concerned about SCS disputes with China, which claims almost the entire maritime region, as against the minor differences arising within the ASEAN claimants themselves.

Brunei, Malaysia, Vietnam and the Philippines share acrimonious SCS disputes with Beijing. Yet, these four countries could never create a common front against the paper Dragon, because of internal differences. However, with Brunei as the ASEAN chair, there is a growing hope of reconciliation amongst the ASEAN claimants themselves.

Malaysia and Vietnam, for example, are looking to sign a maritime security agreement, showing that they are ready to play down internal differences. Similarly, Brunei and Malaysia finalised a “unitisation agreement” to jointly develop the Gumusut-Kakap and Geronggong-Jagus East offshore field. The agreement was finalised in spite of earlier reports that there were minor differences between the two sides over the plan.

Read More: China’s efforts to please the ASEAN chair, that is Brunei, go in vain as Brunei hobnobs with other ASEAN nations

At the end of the day, Brunei is letting Vietnam emerge as the de facto leader at least in terms of the SCS disputes. Hanoi, for example, is expected to take the lead in finalising a Code of Conduct (COC) for the disputed waterways of the South China Sea. Similarly, other ASEAN claimants look upon Vietnam for leading resolutions before the United Nations over Chinese belligerence in the SCS.

Brunei does not seem to have any intention of deviating from the line pushed by Hanoi. Moreover, Vietnam seems poised to take the de facto leadership role in leading the charge against Chinese aggression. This effectively dashes all hopes of respite in China with Brunei taking over as the ASEAN chair.

Congratulations America!! Doctors will now be chosen based on their race and not their merit