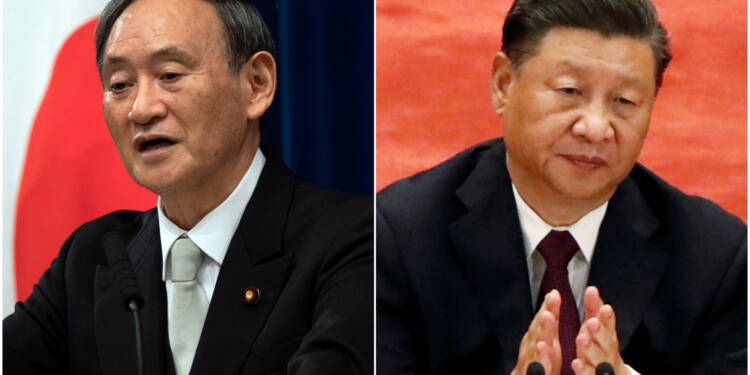 China prides itself in its covert property dealings overseas. It is a known fact that the Chinese Communist Party uses quasi-private firms to gain control of land assets overseas, and this is exactly what they were doing in Japan, where they were buying land near the Japanese and American military bases and establishments. However, this time they were not successful and with the publication of a report mentioning the same, they have got busted.

According to a newspaper, a government inquiry sparked by security concerns has uncovered at least 700 Chinese-funded instances of plots of land changing hands near military bases. According to the Sankei Shimbun, the investments and purchase plans were guided by Chinese-led foreign corporations and could endanger Japan’s security. The sheer scale of these activities is enough to send chills down the spine of any country and coupled with the power dynamics between China and Japan, it becomes one of the biggest national security issues.

The situation is already tense, and the Japanese government is taking all the decisions that can empower it to take any and every counter measure needed in case of aggressive adventures at the hands of China. According to Japanese media, Tokyo is admitting for the first time that Taiwan’s security is critical to the safety of both Japan and international society, citing the leaked material of the country’s defence white paper draft.

According to Sankei Shimbun, the draft analysed rivalry between the US and China, especially in the areas of politics, economy, and military, and singled out military activities in the South China Sea. Changes in the region’s military power balance could jeopardise peace and stability, according to the Japanese newspaper, which also stated that the draft indicated that Japan’s security concerns about China had grown.

According to the news article, Japanese authorities made the shocking revelation after launching a thorough investigation into the property rights of land surrounding military installations last year. It claimed that the investigation stemmed from reports in recent years that Chinese money was being used to buy land within 10 kilometres of defence facilities and on Japanese islands off the coast.

Officials checked confirmed land acquisitions and acquisition plans, and found that the affected sites were around the Japan Self-Defense Forces, the military base of the United States Army Japan, Japan’s coast guard and facilities for space development, Sankei reported, citing sources familiar with the matter. From these sites, one could get a panoramic sweep of the facilities and learn about activities of the Japanese and American aircraft carriers, planes and personnel.

According to Sankei, the Cabinet in Tokyo was set to review a bill governing foreign investors’ land use and could designate areas within 1 kilometre of key facilities as requiring special attention. Before sealing the agreement, parties involved in land acquisitions must disclose their plans for the site, and the government reserves the right to halt the sale if the plans are considered unacceptable.

Going by their coverage of the Israel-Hamas clash, it is safe to declare that American media is Anti-Semitic