Congratulations America!! Doctors will now be chosen based on their race and not their merit 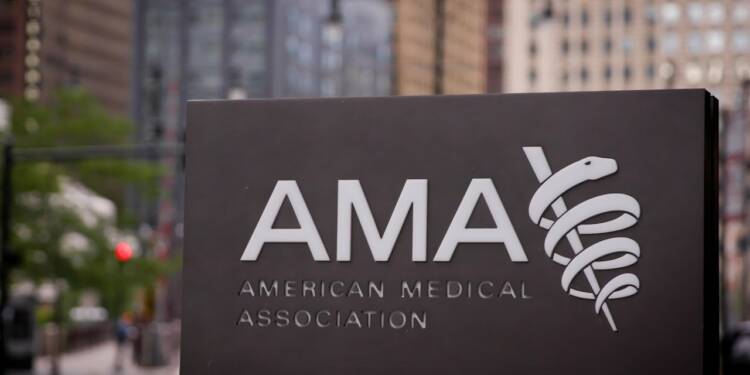 President Joe Biden’s political agenda against racial discrimination is really creating a disaster in the United States of America. In the name of fighting white supremacism, imprudent policies are being framed that tend to choose race over merit. Take some of the latest proposals by the American Medical Association (AMA), for instance.

The AMA, America’s biggest professional association of physicians, claims that it wants to get rid of racism from within the organisation as well as the American medical establishment. One of the proposals is, however, rather shocking, which plans to choose doctors on the basis of their race and not merit.

The AMA’s plan to supposedly confront racism within its own ranks, as well as the US medical establishment, was in the works for over a year. The leaders of the group that represents more than 25 per cent of American doctors spoke of health inequities in the US and claimed that the Pandemic, ongoing police brutality and racial crimes have highlighted such inequities.

Agreed, all US communities should have adequate access to quality medical services. But AMA’s plan to achieve this goal is only bound to make the US more race-conscious than what it already is. Dr Gerald Harmon, who is set to become the AMA President next month, said, “We’re working very hard at AMA to increase not just diversity in the health care work force but in understanding of health inequities.”

Now, health inequities are almost always a function of lack of healthcare access due to geographical remoteness or other such barriers. By encouraging “diversity in the health care workforce”, such inequities cannot be fought effectively. All it will do is to promote inefficiency in the American medical establishment, as artificial measures like quota systems will have to be used for the sake of diversity in the workforce. Ultimately, merit will take a backseat and predicting the consequences of such a system is not a very difficult task.

Harmon then made a remark, which highlights exactly where the AMA is going wrong. He claimed that it has been long known that people of color “do better when their health care is delivered by providers of colour.”
Well, we tend to respectfully disagree- human beings in general tend to do better when their healthcare is delivered by an efficient doctor. Now, that doctor need not belong to any particular social group. It certainly has nothing to do with race or any other form of social segregation. What the disadvantaged sections in the American society need is better access to healthcare, as against the right to be treated by a different set of doctors on the basis of racial divisions.

Yet, AMA wants to set an example from within. In fact, the biggest American association of physicians has gone one step further. It calls for adding members belonging to the Black, Hispanic, Indigenous and LGBTQ communities.

So, the medical profession is being divided not only on the basis of race but also on the basis of sexual orientation. At the end of the day, the American medical establishment is going to get segregated on the basis of social divisions, which will only reinforce the existing faultlines in US society.

Read More: Democrats are pushing for the American jobs plan to cover for the failure created by Biden’s $1.9 trillion stimulus package

What we cannot understand is why the anti-race movement in the US tends to reinforce racial divisions. Instead of blurring racial divisions, race-based divisions at a professional level will make the US society even more conscious of such segregations.

The US must not go ahead with the plan of diversifying the healthcare work force on racial lines. Ultimately, it will do more harm than good and in the worst-case scenario choosing race over merit in the medical profession can severely damage the US medical care standards.