Democrats are pushing for the American jobs plan to cover for the failure created by Biden’s $1.9 trillion stimulus package 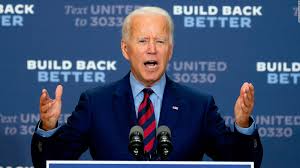 After the April employment figures fell short by 800,000 jobs, Democrats used the opportunity to claim that it only demonstrated the need to move on with their economic agenda. The evidence, on the other hand, suggests that Democratic policies are actually slowing down the job market.

The disappointing report, which showed the economy adding 226,000 jobs rather than the more than 1 million anticipated, added to evidence that increased unemployment benefits have provided a powerful disincentive for many people to return to work.

Biden, on the other hand, spoke about the $1.9 trillion spending bill he had already signed. He said, “Some critics said we didn’t need the American Rescue Plan, that this economy would just heal itself. Today’s report just underscores, in my view, how vital the actions we are taking are. Our efforts are starting to work, but the climb is steep, and we have a long way to go.”

There was some evidence last year that $600 bonuses were putting a stumbling block in the way of job growth. For example, when the programme was enforced, less people applied for jobs, and when the bonus ended last August, more people returned to work. However, the incentive payments were made at a particular point in the pandemic when cases were on the rise and there was no vaccine. Because of the government-imposed lockdowns, many companies were unable to hire, and there was at least a case to be made that paying people to stay at home to prevent the spread of the coronavirus made sense.

The United States is in a much better position today, thanks to increased vaccination and the reopening of more businesses. The US Administration should strongly encourage people to return to work and eliminate policies that were only justified in the midst of a once-in-a-generation pandemic. Biden, on the other hand, signed a COVID-relief bill in March, extending the programme of granting unemployed employees $300 weekly incentives on top of their regular unemployment benefits until September. For many jobs, this has made staying at home more lucrative than going to work.

According to a report by the National Federation of Independent Businesses, a record 42 per cent of company owners had unfilled job openings. At the end of February, the Bureau of Labor Statistics recorded 7.4 million job openings. In addition, data from the Friday employment survey revealed a significant increase in hours worked, implying that currently working employees have had to work longer hours due to the difficulty in finding new jobs.

“If you look at April, it appears that there were about 1.1 unemployed workers for every job opening,” former Obama administration economic advisor Jason Furman, now at Harvard, told CNBC. “As a result, there are many work opportunities.”

Montana and South Carolina have announced plans to end extended unemployment compensation, and other states are expected to follow suit. However, as long as Biden’s federal strategy is in place, the job market will be stifled.

Another point made in response to the poor job statistics is that school and child-care centre closures are putting pressure on working parents. This issue, however, is a direct result of the lockdown policies that Biden and his Democratic colleagues have been pursuing far past their expiration dates. Teachers’ unions have also been able to manipulate guidance on school reopening under Biden’s CDC, making it more difficult to get children back for full-time, in-person teaching.

The dismal job numbers are not a justification for further government handouts. Rather, ruling as though we were still in a state of emergency runs the risk of being a self-fulfilling prophecy.