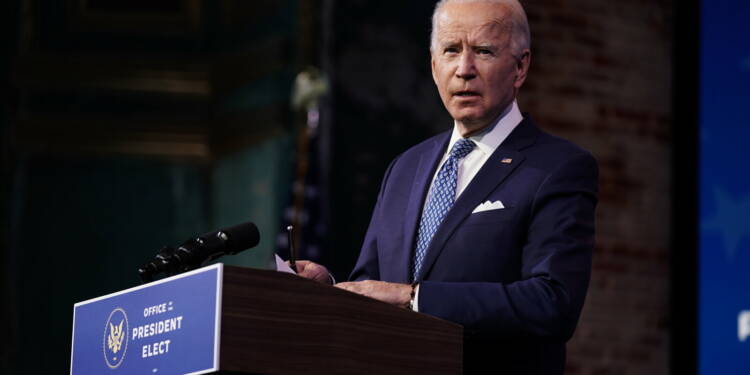 US President Joe Biden’s far-left push is destroying the biggest economy in the world. The US jobs market is in shambles and American businesses are suffering due to rising unemployment. Triggering the big crisis is Biden’s disastrous radical-socialist policies bordering on sheer Communism.

As per the latest reports, the US jobs growth rate is far below expectations. In April, US employers hired far fewer workers than expected. The Labour Department disclosed that non-farm payrolls increased by a mere 266,000 jobs in April as compared to 770,000 in March.

Well, the U.S. Chamber of Commerce, the largest business lobbying group in the United States of America has blamed Biden’s $300-per-week federal jobless benefit. The very purpose of the federal benefit scheme was to induce workers into staying at home and not working. So, it is not really a surprise that the benefits scheme has killed American job growth.

“The disappointing jobs report makes it clear that paying people not to work is dampening what should be a stronger jobs market,” the U.S. Chamber of Commerce said.

The biggest American business lobbying group added, “One step policymakers should take now is ending the $300 weekly supplemental unemployment benefit.” The U.S. Chamber of Commerce added, “Based on the Chamber’s analysis, the $300 benefit results in approximately one in four recipients taking home more in unemployment than they earned working.”

Indeed, Biden’s benefit scheme has left the jobs market in the US ransacked. From manufacturing facilities to restaurants, American businesses are scrambling for workers. But the shortage in labour is expected to subsist till at least September when the enhanced unemployment benefits would come to an end.

American businesses stand in a peculiar position today, where the employers want to hire workers, but workers do not want to get employed as the government is paying them anyway. Why would anyone want to work, when the unemployment benefits exceed wages?

Read More: Joe Biden’s plan to ‘lift children out of poverty’ is going to run the US bankrupt. A truly nanny state with a collapsing economy

The unemployment rate in April rose to 6.1 per cent as compared to 6 per cent in March. Further, the statistics are misleading because some individuals are misclassifying themselves as “employed but absent from work”.

Yet, the Biden administration is not working for the betterment of American businesses. Rather, it is pandering to the agenda of far-left Democrats who want to push the US towards sheer Communism in the garb of progressive politics.

Congresswoman Ilhan Omar, a far-left Democrat tweeted, “The interests of big business are at war with the interests of the working class. They will spend millions of dollars to take $300 a month away from you and your family, to force you to work for them for pennies. Their greed has no bounds.”

The interests of big business are at war with the interests of the working class. They will spend millions of dollars to take $300 a month away from you and your family, to force you to work for them for pennies.

Their greed has no bounds. https://t.co/LW8qaUTLLn

From left to far-left American socialists, they will never let Biden get rid of the enhanced unemployment benefits. In fact, the Biden administration is itself succumbing to the pressure exerted by so-called progressive Democrats.

Treasury Secretary Janet Yellen, for example, said, “When you look across states, or across sectors, or across workers, if it were really the extra benefits that were holding back hiring, you’d expect to see that either in states or for workers in or sectors where the replacement rate due to [unemployment insurance] is very high — you’d expect to see lower job-finding rates.”

She added, “And, in fact, what you see is the exact opposite.”

The American labour market was going in the right direction. The employment rate was high and market forces were creating an equilibrium in the US economy, but Biden’s catastrophic intervention is superficially reducing labour supply and threatening the very existence of US businesses.