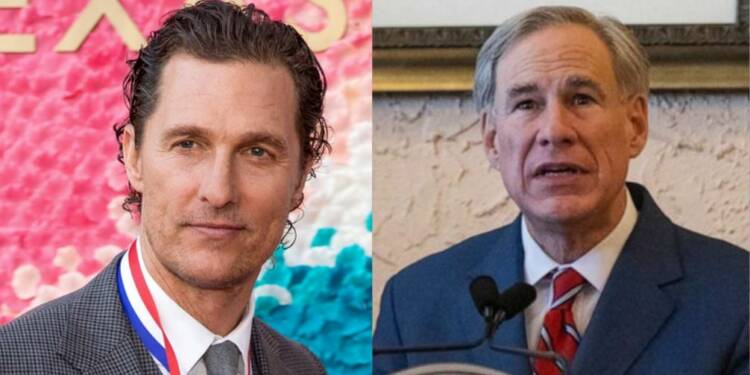 The “Dallas Buyers Club” star, Matthew McConaughey, said he would “be a fool not to consider” the position in an interview with the Austin Statesman, part of the USA TODAY Network, on Thursday. “I am considering, as I said I’d be a fool not to, to consider the honour to go into the position of politics, as the governor of Texas,” he said. “But I honestly have to ask myself, ‘How can I be most useful?’ And maybe that’s as a free agent.”

Although, McConaughey said, that as of right now he clearly is not in the race, but him considering the position is an indication of McConaughey’s political ambitions. He said, “I would say, as far as running, I’m not until I am. So, my decision hasn’t changed because I’m still not.”

The actor went on to say that the final decision is up to his family and where he will be most comfortable. He said, “I still have to answer the same question for myself and my family. Honestly. Is that the truest and best category for me to be most useful. I’m ready to step into a leadership position in this next chapter of my life, but I don’t know that that’s in politics.”

In the same interview, when he was asked about where his allegiance lie, or which political party does he intends to get into politics with, McConaughey told the Statesmen, “I haven’t gotten that far yet.” He does, however, characterize himself as “aggressively centric.” “Look, I’m a ‘Meet You in the Middle’ man. When I say, “aggressively centric,” that sometimes gets parcelled over there with ‘Oh, that’s a shade of grey, a compromise,” he said.

While Matthew McConaughey will make quite a splash given his popularity as a Grade-A Hollywood star, his charities and his undoubted appeal but, current Republican governor Abbott has the backing of the Republican voters in the State specifically at a time when progressive democrats control the White House.

Abbott is planning a third term, and despite his shaky handling of the ice storm that wiped out the state’s electric grid and killed more than 100 people, he has retained Republican voter support. Former state senator Don Huffines, who is campaigning in the pugilistic image of Donald Trump, is now a primary challenger from the right side of the party. There is also hope that Texas GOP chair Allen West and current Texas agriculture commissioner Sid Miller will run. Still, Abbott is the dominant Republican favourite, and he has amassed a formidable political machine that few others can equal.

In the face of the immigrant crisis at the southern border, Abbott has vowed to protect his state. He is doing it and defying the monumental Presidential pressure from the White House. Texans adore their governor who is saving them from the border crisis. Abbott has pressed Texan rangers into action and doing everything possible to save his state from becoming a haven for illegal’s crossing into the country.

Thus, if Matthew McConaughey does decide to run as an independent candidate, he will surely strip votes away from the Democrat and other independent factions, because the republicans will back their governor and this will ultimately tip the scales in favour of Governor Abbott.

Long-time Democratic strategist Paul Begala, pointing to Gov. Rick Perry’s victory in 2006 said, “The problem with running as an independent is we have seen this movie before.” Kinky Friedman, a quirky singer-songwriter, and Carole Keeton Strayhorn, a former Texas comptroller, ran as independents at the time, and although they finished behind Perry and Democratic nominee Chris Bell, they still managed to garner 12 and 18 percent of the vote, respectively. Votes, Democrats claim, were taken away from Bell. Texas hasn’t had a Democrat governor since Ann Richards 26 years ago.

The Texas Democratic Party’s chair, Gilberto Hinojosa, said McConaughey would be “welcomed” if he ran on their ticket. “He’s young, good-looking, smart and has a little wildness — but this is Texas. We like that stuff,” Hinojosa said. “He has not reached out to the party that I know of. It’s absolutely up in the air.” But, Hinojosa cautioned, “If he wants to run as an independent, he’d be a spoiler and guarantee Abbott gets elected.”

According to the Texas Politics Project at the University of Texas at Austin, Abbott remains the state’s favourite, with a 77 percent approval rating among Republicans. Some Abbott supporters dismissed the possibility of a Hollywood celebrity with no political experience swooping in and ousting Abbott from the governorship. Some movie stars with no political experience, such as Kentucky’s Ashley Judd, have toyed with the idea of running for office but ultimately decided against it. But if McConaughey does decide to run, it will ultimately lead to a big unanimous victory for Republican Governor Abbott.