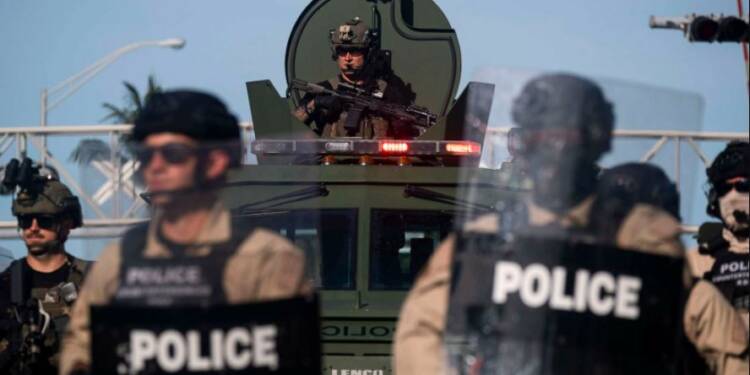 Deception and building a whole narrative on it can be a very useful tool for any ruling dispensation to control its subjects, and if we look at the current Biden administration this looks to be working quite well even in America. Rasmussen Poll suggests that the viewers of liberal news channels like CNN and MSNBC do not know much about America’s crime stats. And going by the polls, the viewers of MSNBC and CNN are far more likely than Fox News viewers to get those facts wrong.

In the polarised situations, which America is facing, the people who support the Democrats are fed not the actual news by the mainstream media but the bias they want to see, and the half facts and half-truth that can justify their belief in the current government and that can make them confident in their support for the current government. Half of likely US voters who said CNN or MSNBC was their favourite cable news outlet believe more than 100 unarmed African Americans were fatally shot by police in 2020, according to a new Heartland Institute and Rasmussen Reports survey. However, only 22% of Fox News viewers believe police shot more than 100 unarmed black people last year.

White voters (46%) were more likely than black voters (38%) Hispanic voters (38%) or other minorities (44%) to accurately estimate the number of unarmed black people shot and killed by police in 2020 as less than 50. The poll also inquired into voters’ expectations for major network news and other media sources, such as video streaming services.

“Compared to viewers of Fox News, ‘another’ cable news outlet [such as Newsmax], and those who do not watch television news, viewers of CNN, MSNBC, ABC, CBS, and NBC were substantially more likely to overestimate the number of fatal police shootings of unarmed African Americans.”

The national telephone and online survey of 2,000 likely voters were conducted April 29-May 3, 2021 by the Heartland Institute and Rasmussen Reports. The margin of sampling error is +/- 2 percentage points with a 95% level of confidence.

Earlier too when the problems for Democrat Senators were mounting from every direction and California was already on the brink of becoming a tragedy under the Democrats, with a rise in the number of homeless persons, an increase in opioid addiction and large businesses fleeing the town among other items, mainstream media stood shamelessly with the Democratic leadership and hid facts on the ground. The mainstream US media kept turning a blind eye towards these paramount issues to save California Governor Gavin Newsom from public humiliation.

Read more: Democrat Governor Gavin Newsom is going down, but the mainstream US media has gagged itself and for a shameful reason

This has become a continuing and established practice for the ruling Democrats, and while it may reap many benefits in the short term, as soon as the people are able to make the apparent differentiation between the narrative and the reality, the social contract established between the people and the state will be broken beyond repair, and till then the American society will keep on bifurcating into hate camps. These two things when combined will bring a catastrophe for the USA and will once again prove that strong nations are the victims of their own strength.