Democrat Governor Gavin Newsom is going down, but the mainstream US media has gagged itself and for a shameful reason 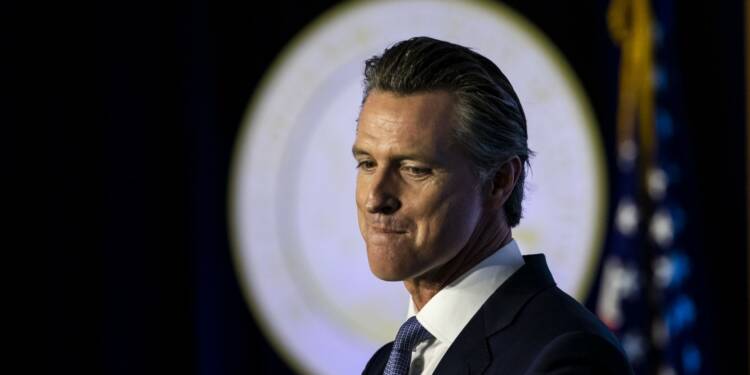 The problems for Democrat Senators are mounting from every direction. California was already on the brink of becoming a tragedy under the Democrats, with a rise in the number of homeless persons, an increase in opioid addiction and large businesses fleeing the town among other items. However, after the outbreak of the pandemic, the people’s situation has worsened heaps and bounds. But the mainstream US media is turning a blind eye towards these paramount issues to save California Governor Gavin Newsom from public humiliation.

The probability of a possible recall vote for the Democrat Governor of the state of California is becoming a near reality. Gavin Newsom is gearing up for a recall challenge, with the California governor’s fiercest critics saying they have filed the signatures needed to call an election to remove him from office. If at least 1.5 million of those signatures are validated, the state will hold an election to recall Gavin Newsom this year and critics claim that they have reached 2 million signatures.

Even when the Governor himself is gearing up for the recall election, the mainstream media in the USA has gagged itself. The Democrats are starting to feel the heat of the public resentment, and these developments can lead to a nationwide burst of resentment against all the Democrat governors. The mainstream media being Democrat loyalists are trying to play it down and help the Democrat governors to bide the time till the anger fizzles out.

Read More: CNN loses nearly half of its viewership after Joe Biden steps in as President, its only saving grace has been Donald Trump

ABC completely ignored the latest developments on both “Good Morning America” and “World News Tonight” on both Wednesday and Thursday. There was similarly no mention on “NBC Nightly News” nor on the “CBS Evening News” during that same time. On the other hand, CNN came out with a whole opinion piece with the headline, “The real reason some Californians want to recall Gov. Gavin Newsom” which mentioned California Gov. Gavin Newsom is taking the recall attempt against him seriously, going on a media tour to tout his accomplishments and push back against his detractors.

These media houses are not at all interested in addressing the reason behind the increasing anger among the people of California. But instead are targeting the people who are petitioning for the recall. They are just reiterating what the committee — called “Stop the Republican Recall” — is saying. The committee came alongside a flood of messages from Newsom and other prominent Democrats calling the campaign a Republican power grab driven by supporters of former President Donald Trump and extremist groups.

The situation in California was best encapsulated by former acting Director of National Intelligence Ric Grenell. He said, “It’s a sad truth. If you’ve been to California lately, you will see homeless people everywhere, you will see rolling blackouts, you will see the fact that we’re being asked to conserve water even though we live on the ocean.”

However, neither the Democrats nor the Main Stream Media (MSM) is ready to address these concerns and on the other hand, are only interested in keeping each other afloat. It just goes on to show how shameless these media houses are, as they are more loyal to political elites rather than the people of the USA.

After Jack Ma’s Ant Group, China has moved on to its next prey- Pinduoduo