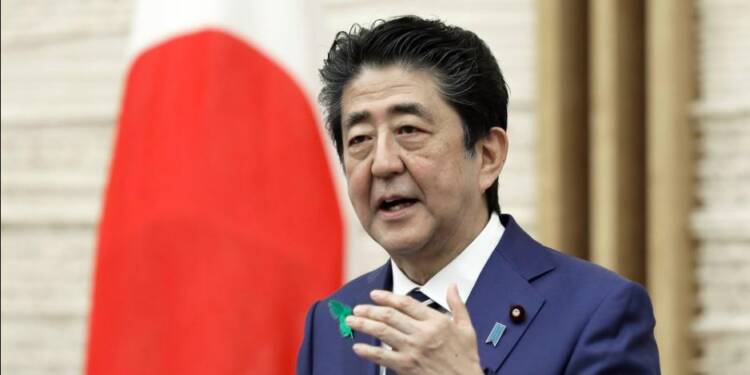 The Japanese political landscape was turbulent when Shinzo Abe took the reins of the leadership, and it was he who boosted confidence in Japan. He was the one who made Japan an overt, expressive and assertive military power, which was no longer willing to shy away from asserting its claims and leading the countries in its area of influence. Now, after a graceful exit last year due to his health condition, he is all set to make a grand comeback to save the country from the re-emergence of political instability.

The current Prime Minister Yoshihide Suga has been the right-hand man of Shinzo Abe right from the very beginning of Abe-san’s time in office. However, given the largeness Shinzo Abe enjoyed and still enjoys in the psyche of Japanese people, it has become difficult for his successor Suga-san and his political party, Liberal Democratic Party to fill his shoes. Given these circumstances, Shinzo Abe has been increasing his activities to help his party and provide support from outside, and as his medical situation normalises more and more, he is all set to make a comeback to help the country sail through these tough times.

Shinzo Abe, the longest-serving Prime Minister of post-war Japan, has recently made quite a few appearances in public. He recently began serving as an advisor to groups of Liberal Democratic Party (LDP) legislators and has been regularly delivering public messages. Abe appears to be willing to regain his position as the leader of the LDP’s conservative wing both within and outside the party.

“The LDP is a conservative party. If party executives are going in different directions, I would like you to have the courage to take action,” Abe said in a speech on April 22 to Hoshu Danketsu no Kai (Group of United Conservatives), a group of conservative LDP lawmakers, for which he serves as an adviser. On the same day, he attended a symposium related to the Constitution and emphasised his pet idea of amending the Constitution, which excited the audience.

While Abe-san had to step down last year due to health complications, which he gracefully did, now the problems seem to be rescinding and he is gaining back his health. “I tried a new medicine and the treatment worked very well,” Abe said Tuesday on a YouTube program. “Abe apparently wants to show off his influence and maintain a situation in which Suga has no choice but to show him consideration,” a former Cabinet minister said. In fact, Suga met with Abe in late March before visiting the United States and got advice.

While these are all a mix of speculations and facts, one thing is very clear and that is, the increased activities by Shinzo Abe and the following increase in his air time can lead to only one prospective future. And that is, where Abe-san holds the reins of power either from outside or even inside and going ahead he can even make a grand comeback.

It was under him that the Quad was materialised, as Japan moved away from pacifism thus paving a path for the four member countries – India, Japan, USA and Australia to come together. Under him, Japan started a tit for tat with China in the realm of neighbourhood policy. The international cooperation among like-minded countries and Japan increased and Shinzo Abe was able to succeed in making Japan a dominant power in the Indo-Pacific. In the domestic realm, he brought hope by restarting the plummeting economy and his policies popularly came to be known as ‘Abe-nomics’. Thus, given his contribution to the resurgence of Japan, his comeback would be really tectonic in its impact.

Israel-Hamas conflict: Is Joe Biden finally moving away from the shadow of Barack Obama?