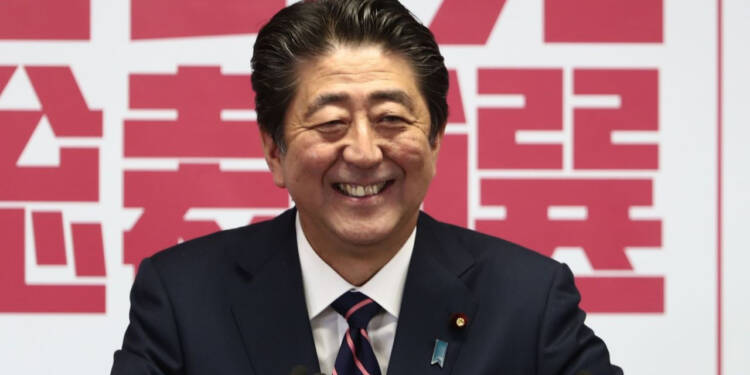 Japan’s former Prime Minister, Shinzo Abe has been a force to be reckoned with. He has made China face many sleepless nights, given his foreign policy choices and bringing Japan out of the self-restraint pacifism towards a renewed pro-activism, which to its extent was not imaginable in the post-World War East Asia.

It has often been said that it was the Japanese investments in the 1980s that made China the factory of the world and now it was Shinzo Abe who has put in motion the beginning of the fall of the Chinese economy.

Although Shinzo Abe has resigned from the position of Prime Minister of Japan, if the post-retirement Japanese political scenarios are to be taken at face value, then it is quite obvious that he will continue to hold power even after his retirement and his economic and security policies to contain Chinese belligerence will continue with increased rigour.

After the retirement of Abe, it was speculated that the country will yet again plunge into an era of instability and the policy of a collection of democracies coming together to counter the overly aggressive and bully China. However, the coming of Yoshihide Suga, a longtime confidant and the right-hand man of Shinzo Abe was a signal in the right direction. It was also a signal to all the analysts beyond the East China Sea in Beijing, that Shinzo Abe and his proactive foreign policy will stay and he will be controlling the things from behind, as Abe holds a lot of influence on the LDP government.

Whilst going out, Prime Minister Abe gave its long-standing ally, India a parting gift– the historic Mutual Logistics Support Agreement which will allow Indian and Japanese militaries to access each other’s bases for logistics support, in face of growing Chinese misadventures in the East China Sea and the Himalayas

Read more: Nationalist without governmental obligations – Retired Shinzo Abe is turning out to be a bigger problem for China.

It is not only about what Abe did before leaving office but also, the actions of his successor are in exact line with the proactive foreign policy that he had stipulated for the Japanese. It is proven by the very fact of the increased strategic-economic participation of Tokyo way beyond its waters and in the whole of Indo-Pacific. This is exactly the next set of actions which a section of realist scholars would have expected from Abe after diluting Article 9 of the Japanese postwar constitution to a position where it stands toothless.

It is the policies of Shinzo Abe and his behind the scene support and coordination, that is, directing and dictating the policies of intense militarisation the country is following. Be it the conversion of the helicopter carriers into Aircraft carriers with a capability of holding fixed-wing fighter jets, the production of submarines, initiating the process of building next-gen Japan-made plane, deploying F-35s, signing military agreements with Australia and selling weapons to Vietnam. As well as increasing strategic relations with South-East Asian countries in coordination with the other quad countries.

All these efforts are taking place after Shinzo Abe left the office of Prime Minister of Japan. The sheer continuity of these delicate policy decisions of Abe means that the Japanese government is filled with the legislative representatives, who still follow the lead of Shinzo Abe.

The policy of proactively bringing democracies and like-minded countries of Indo-Pacific together be it via trade and economics or strategic and military ways has been the Abe policy to a two-way solution of the world becoming more and more dysfunctional due to the wicked games of the Chinese. Since Shinzo Abe committed a fund for companies which are in the process of or want to move their manufacturing out of China and into Vietnam and India, they will be supported to move out by monetary and all other ways that the Japanese government can provide them with, an effort continued by the Suga government too.

While being in power, Abe dealt the biggest blows to the Chinese government in 2020 together with India and the USA, of which the activation of the QUAD was one of the many blows. The policies of his successor and former right-hand man, Yoshihide Suga are in line with Abe’s policies and are even going up a notch.

Thus, if we can consider all these points as the precursor of what is to come in 2021, then we can very confidently say that Japan is going to be led by the people who are going to toe the line of Shinzo Abe and will follow his directions from behind the scene. And this is one of the many bad news for China while it too celebrates the new year.

‘Not following Biden’s lead,’ The European Union’s message to the US as Biden brings weak leadership