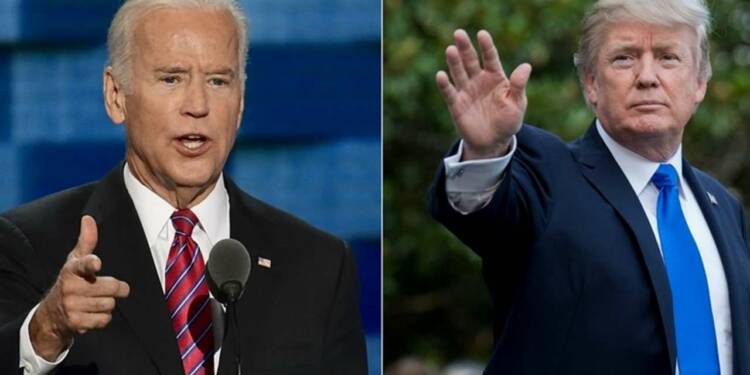 Joe Biden has been trying to undo any and everything that was achieved and developed under the Trump Presidency. However, even with all the attempts, the Biden administration is finding some of the policy decisions too good to let go. In the final months of the Trump administration, then-Defense Secretary Mark Esper secretly moved to let the military conduct influence operations — also called “psy-ops” — more efficiently and with less time for feedback from the State Department. This improved the overall intelligence network and the functioning of the whole apparatus got fast-tracked.

The Biden administration subtly accepts that Trump’s Psy-ops policy is the best, decides to retain it. And now, Defense Secretary Lloyd Austin is weighing whether to maintain the change in policy, according to a senior defence official. The rule change comes as US troops leave Afghanistan and the military turns its attention to standoffs with Russia and China — the type of confrontation in which intelligence operations are crucial. The situation has become more tense in terms of psy-ops and the rules of the games are more dynamic than ever. With the fear of the Chinese Communist Party closing in on the realm of intelligence and data war, the Biden administration is not in a position to scrap a policy of the Trump administration which is best capable of dealing with these developments.

However, it’s unclear if Pentagon officials have used the new fast-track authority to execute recent operations, and a top member of Congress in charge of the Pentagon said he was unaware of any such moves. Since at least World War I, when the military formed a unit to produce and distribute propaganda — mainly leaflets — to manipulate international audiences, the military has been performing psy-ops. Psy-ops have been used extensively by the US military and later the CIA in recent wars, such as using radio broadcasts to fight communism during the Cold War and leaflets and loudspeaker broadcasts urging Iraqi troops to surrender during the 1991 Persian Gulf War. But with the rise of other serious contenders, the traditional ways of dealing with contemporary considerations will not work the same.

As per Politico, before Esper’s move, U.S. military officials had to seek approval from multiple levels in the State Department before running psychological operations, according to people familiar with the policy. That included getting “concurrence” — a.k.a., a green light — from the top U.S. diplomat in the country where the operation was planned, as well as from a senior official at Foggy Bottom. Sometimes securing these approvals took weeks or more.

Rep. Ruben Gallego (D-Ariz.), who chairs the House Armed Services Committee’s subcommittee on intelligence and special operations, has heard complaints from numerous special operators about the sometimes time-consuming approval process for information operations. He added that he “absolutely” supports the change and hopes it stays in place.

Read More: There are a few members of the Biden administration that can take on China, but this one is a big Trump fan

While speaking to Politico, David Maxwell, a senior fellow at the Foundation for Defense of Democracies and retired Special Forces colonel, said the slow approval processes were a running issue when he oversaw the Army’s psychological operations forces, and that overly risk-averse officials do more harm than good. And he said it can sometimes be hard to prove information operations work since they often run in tandem with a host of other US government efforts. But he pointed to operations to persuade civilians to help take out a top Abu Sayyaf terror group leader in the Philippines as an example of success.

Maxwell, who was unaware of Esper’s policy change, said one of his officers told him, “It is easier to get permission to put a Hellfire missile on the forehead of a terrorist than it is to get permission to put an idea between his ears.” These developments under the Trump era were very significant and going ahead, they will be the frontline sphere helping the USA keep the edge in the realm of intelligence and psy-ops. Understanding this, the Biden administration has subtly accepted that Trump‘s psy-ops policy is too good to be tampered with.