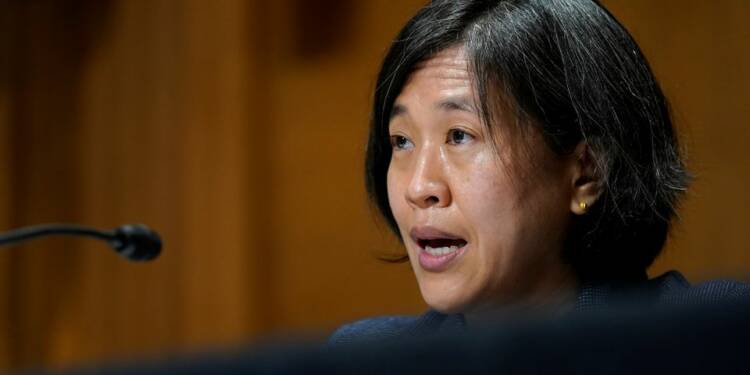 On Monday, the US and the EU released a joint statement saying they would work together to “hold countries like China that promote trade-distorting policies to account.” USA Trade Representative Katherine Tai, US Secretary of Commerce Gina Raimondo, and European Commission executive vice-president Valdis Dombrovskis issued the statement. The European Union and the United States agreed to a partial ceasefire in a dispute over American metals tariffs levied by former President Donald Trump as the two sides began negotiations on resolving global overcapacity in steel and aluminum.

The commission announced on Monday that it would postpone a planned increase in retaliatory tariffs that would have increased duties on a variety of items, from lipstick to sports shoes, and doubled duties on US bourbon whiskey, motorcycles, and motor boats to 50%.

Brussels and Washington said in a joint statement that as partners, they should encourage high expectations and discuss common concerns. “Executive vice-president Dombrovskis, ambassador Tai, and secretary Raimondo acknowledged the impact on their industries stemming from global excess capacity driven largely by third parties. The distortions that result from this excess capacity pose a serious threat to the market-oriented EU and US steel and aluminum industries and the workers in those industries,” the joint statement said.

“They agreed that, as the United States and EU Member States are allies and partners, sharing similar national security interests as democratic, market economies, they can partner to promote high standards, address shared concerns, and hold countries like China that support trade-distorting policies to account.”

Despite being a Democrat, Katherine Tai has openly admitted that Trump’s trade deal with China was not completely incorrect. “On trade, I think the number one lesson that I have from the past three and a half years is that the Trump administration has not been 100 per cent wrong on trade policies and drive in terms of the content that we’ve always had to work through and think through,” Tai said on a panel hosted by the American Society of International Law in August.

In response to Beijing’s long-standing practices such as forced technology transfer and state subsidies, Tai said Trump’s policies were more defensive in the face of the growing Chinese challenge. As she explained at an event in August at the Center for American Progress, her policies will bring the United States back on the offensive while still protecting the open democratic way of life in the country. “I think the offence has to be about [making] ourselves, our workers, our industries, and our allies faster, nimbler, able to jump higher, compete stronger, and ultimately defend this open democratic way of life that we have,” she said.

Even though the phase one trade negotiations between the USA and China were put on the backburner, Tai’s resolve to face up to belligerent and antagonistic policies of China have not faded despite being surrounded by an administration that has been increasingly benevolent towards China. With the joint US-EU statement, Tai has reminded once again the threat that the world faces from China which is a deemed market manipulator and exercises trade-distorting policies.

After taking Islamists head-on, French President Macron takes on ‘woke’ filth coming from the US