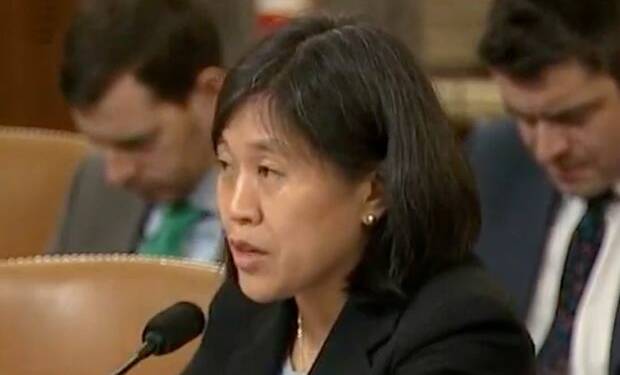 Joe Biden, in choosing Katherine Tai as the next top U.S. trade official, has sent an unnerving message to China that the trade wars are not over in a post-trump-era.

The United States presidential election results gave us every reason to believe that the US would succumb to Chinese pressure. No more trade wars, and no more checks on China’s rise but now it seems that Joe Biden, is coming to terms with the gravity of the Chinese problem and Biden is ready to learn from his predecessor’s policies rather than reversing them completely as he chose Katherine Tai, a mandarin-speaker with years of China experience, as the next top U.S. trade official who has a secret affinity to Trump’s trade policies.

Justifying Tai as its pick for the U.S. in its Thursday announcement, Biden’s transition team, Trade Representative, highlighted Tai’s previous work at USTR as Chief Counsel for China Trade Compliance and her background at the World Trade Organization litigating American disputes against Beijing.

Tai is currently the Democratic chief trade advisor to the House Ways and Means Committee. When serving on a committee for Democrats, she worked as the staff lead for the Trans-Pacific Alliance.

The experience helps her to hit the ground running should Biden consider returning to the trade deal, now called the Trans-Pacific Partnership Comprehensive and Progressive Agreement, or CPTPP.

Read More: China writes a deliciously harrowing account of the pains it suffered under President Trump

A former colleague described her as “a problem solver and a straight shooter”. Wendy Cutler a former U.S. trade negotiator who has worked with Tai said: “She brings a needed expertise at a time when [Sino-American] bilateral trade tensions continue to grow,”.

Katherine Tai, despite being a Democrat has publicly acknowledged that Trump’s trade policy with Beijing was not entirely wrong. Tai, on a panel held by the American Society of International Law in August, said: “On trade, I think that the number one takeaway that I have from the past three and a half years is that the Trump administration has not been 100% wrong on trade policies and push in terms of the substance that we’ve really had to work through and think through,”

On Trump’s policies, Tai said that the policies were more defensive in the face of the rising Chinese threat, a reaction to Beijing’s long-time practices such as forced technology transfer and state subsidies.

Her policies as she explained at an event in August at the centre for American Progress would be to put the US back in the offensive while at the same time defending the open democratic way of life in the United States. She said, “I think the offence has got to be about [making] ourselves and our workers and our industries and our allies faster, nimbler, be able to jump higher, be able to compete stronger, and ultimately be able to defend this open democratic way of life that we have,”.

Apart from Tai, Biden also changed his stance in regards to Trump’s trade policies on China. He said, “I’m not going to make any immediate moves, and the same applies to the tariffs.” Tai added: “Trump’s tariffs are a fact, and regardless of who wins, “the next couple years are going to have to deal with the landscape that has been created over this time.”

Trump’s trade policies were a strong reaction to the aggressive nature of Chinese expansionism and illegal trade and diplomatic practices. Thus, Biden’s appointment of Katherine Tai and changing his stance, as far as China is concerned, is a reflection of the fact that President Trump’s assessment of the Chinese threat was correct and not ill-mannered as many democrats would have you believe. Moreover, this is also a strong message for China as it should start bracing itself for another term of US policies that will have TRUMP written all over it.

‘Trump had their back and now they will have his,’ President Trump’s efforts for the Jewish community will pay off