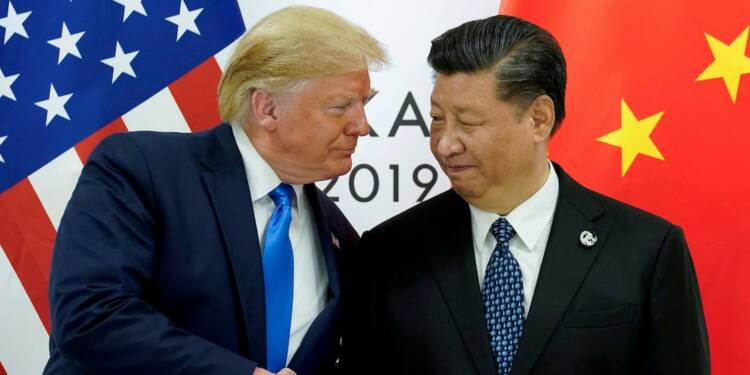 The past four years have been terrifying for China, and its ruling party – CCP. Under President Donald Trump, China has been relentlessly punished for all that is wrong with its ruling party. From being slapped with unprecedented tariffs resulting in a trade war, to sanctions against top CCP officials for committing and overseeing deplorable human rights violations in occupied-provinces of Xinjiang and Tibet – Trump has left out on no brick to hit China with. And now, China itself has admitted that there is really no foe encountered by the CCP till date of Donald Trump’s and his administration’s stature, who take pride in being China hawks.

In an emotively harrowing account of what all China has suffered under President Trump, CCP mouthpiece China Daily wrote that some of the damage caused to Sino-American ties by the Trump administration is “beyond repair”. Admitting that relations between the two countries are shifting to a “dangerous path”, the editorial said, “Even if the incoming administration has any intention of easing the tensions that have been sown, and continue being sown, some damage is simply beyond repair, as the sitting U.S. president intends.”

The editorial by China Daily is perhaps the first admission by the CCP that it does not expect major China-centric policy change by a Biden administration. In fact, Joe Biden had only recently told the New York Times that his administration would not remove existing tariffs set by Donald Trump against China for now. This is bad news for China. It means that the Trump-waged war against China on all fronts – trade, technology, security, human rights, intellectual property and COVID-19 is most likely to continue irrespective of him remaining President or not.

On the economic front, China has been rendered incredibly incapacitated to loot America and its investors, a luxury it used to enjoy for times immemorial. The most recent example of a bipartisan economic offensive being waged against China came in the form of the US House of Representatives, controlled by the Democrats, passing the Holding Foreign Companies Accountable Act, which lays the path for delisting of Chinese companies from U.S.’ stock exchanges. Major Chinese companies and state-enterprises have been evading American regulatory authorities on the pretext of their audit books, in fact, being ‘national secrets’. The Act, which was passed by the Senate in May itself, has now been cleared by the U.S. Congress as a whole.

The U.S. has obliterated the international prospects of Chinese tech giant Huawei, and has forced it to resort to desperate measures to barely keep itself afloat with the ‘tech giant’ tag. The U.S. made it a point to lobby across the world and get the 5G company banned from trials in various countries, virtually destroying China’s global tech ambitions. America has also ensured that Huawei CFO remains under arrest in Canada, much to Xi Jinping’s dismay.

Read more: US will give loans to developing economies to move away from Chinese Telecom Huawei and ZTE

The U.S. has also pushed Xi Jinping’s flagship Belt and Road Initiative (BRI) into its grave, as the Trump administration took it upon itself to lobby against BRI around the world, explaining to host countries that they were on the verge of being debt-trapped by China and eventually being turned into client states of Beijing.

Read more: The collapse of BRI is not just a small setback. It is a foreign policy disaster for China

Strategically and militarily, President Donald Trump is asphyxiating Beijing. Beijing’s South China Sea ambitions have been comprehensively challenged by the U.S. in the past four years. Whether it be exporting defence equipment to Taiwan, or deploying its own naval assets, including aircraft carriers in large numbers in the region, the Trump administration has been making China sweat blood. The formalisation of the Quad, a strategic alliance of India, Australia, U.S. and Japan to collectively take on China in the Indo-Pacific has also fructified under a Trump presidency.

On the diplomatic front, the Trump administration has reduced China to an international pariah. President Trump has been successful in effectively turning China into a taboo. The sanctions on top CCP officials, and the war waged on Chinese soft-power, all stemming from the fact that the CCP indulges in gross human rights violations in Xinjiang and Tibet, has caused an immense loss of face and favour for China internationally.

And these are only some examples of the damage that has been dealt with by the U.S. to China in the past four years. The best part really is, Beijing knows that a Biden administration is in no way coming to its rescue, in the foreseeable future at least.