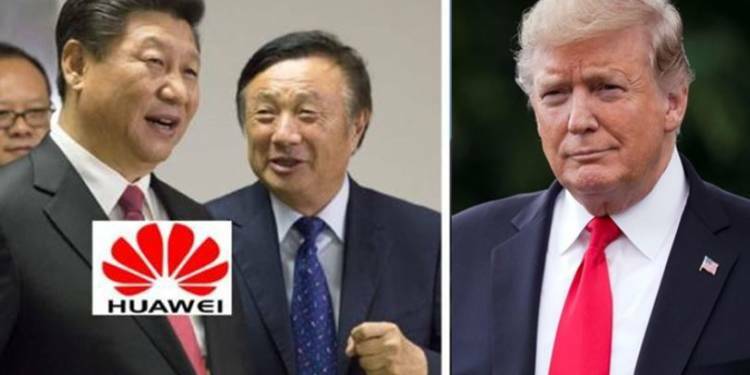 The US is leaving no stones unturned to squeeze out Huawei and ZTE from the world market. In a bid to further incentivise the process of transitioning towards a clean network, the USA will be providing loans to developing countries if they move away from Huawei and ZTE.

The Trump government is trying hard to persuade the developing countries to avoid Chinese telecommunication hardware and go for available alternatives from some other country, a fellow democracy that is safer and professes transparency. According to a Wall Street Journal report, the United States Agency for International Development (USAID) is leading this effort to persuade and provide financial support for replacing the hardware and the whole system

The agency is now likely to become more aggressive in its persuasion; as per the same WSJ report, the agency will be sending its officials to meet the decision-makers and politicians in the developing countries and convince them against buying equipment from Huawei and ZTE (Chinese firms). USAID which focuses on providing foreign aid for food and education programme will now focus on technology assistance too.

The US under Trump was magnanimous enough to lift the ban on the ZTE in 2018 after a deal with China, but, Washington is not likely to make the same mistake again. The Chinese were not keen on changing their practices and move towards a more transparent approach to data collection, equipment manufacturing among other things.

The US first started from within. As reported by the Associated Press, the Trump administration signed a bill that provided 1 Billion USD to help small telecommerce companies replace China’s Huawei and ZTE. The legislations made arrangements for reimbursement to small companies that are looking to removing or replacing equipment of Huawei and ZTE, which pose a national security threat.

Now, after persuading allied countries and fellow democracies, the US is moving on with the process of providing financial support to fellow democratic countries to move away from the spider web of Huawei technological dependence.

The US, through its USAID programme, is encouraging countries to either develop their own 5G & other futuristic technologies or import them from companies based in democratic countries with no colonial and imperialistic designs. If the US insistence for assistance to Brazil can be considered a model, then the USA is looking at providing loans through USAID to developing countries so that they can start looking at other options that otherwise would have not been economically feasible for these countries.

Read more: Huawei is all set to lose Brazil as the US will fund Brazilian 5G infrastructure only under one condition: Dump Huawei.

The US move will make sure that if China can provide subsidies to its companies so that they can sell products cheaper all around the world, then USAID will make sure countries have the money to consider other options. Add to that, the continuous diplomatic persuasion to move away from Chinese 5G technology, it is sure to choke all the Consumer markets for Huawei and ZTE.

As part of the Trade War, the US is already making it difficult for China to import semi-conductors and now this move is sure to be the beginning of Huawei & ZTE’s end. Business is based on supply and demand, and the US moves are designed to specifically choke both these sides of the business. No supply of semiconductors and no more consumers around the world is the worst news for China.

China is losing Information Technology warfare. These actions by the US through its USAID programme to empower countries that are willing to move away from Chinese 5G technology will make sure that Beijing never recovers from its losses. It will think twice before having imperialist agendas in this liberal international world order with free-market economies.