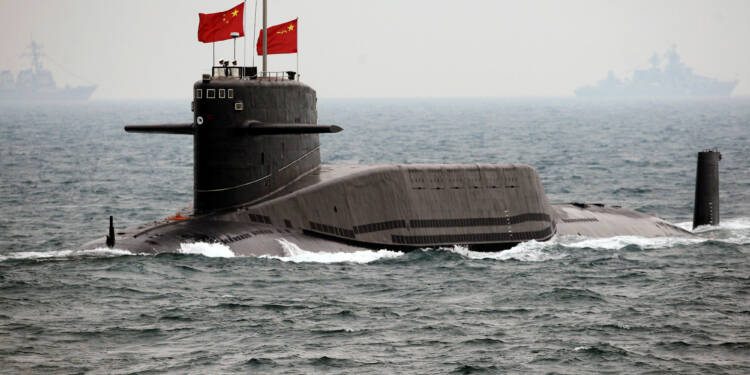 Again and again, many experts have been stating that China has increasing its influence in the East China Sea and from there it is increasing its influence in the Pacific Ocean. Now, it seems the US and Japan have realised it and have started working to counter it bit by bit. For all its massive military buildup, China has some weaknesses that are hard to overcome. One of them is geography.

A quick look at Google Earth shows that China’s coast is surrounded by light blue — which reflects shallow seas — in contrast to the dark blue deep waters that immediately drop off from the east coasts of Taiwan and Japan. “When you look at China’s submarine bases, every single one of them has a fair bit of shallow water that their submarines have to transit through in order to get to deep water,” Tom Shugart, a former U.S. Navy submariner, told Nikkei Asia.

Submarines are almost too difficult to locate once they have submerged in deep water. Submarines from Japan and Taiwan will go straight to deep waters, which their Chinese counterparts do not have. “For them to move from China’s near seas to the open ocean, they’re going to have to transit through different chokepoints and straits in the island chains,” said Shugart, an adjunct senior fellow at the Center for a New American Security think tank. “That will provide opportunities for an adversary — the U.S. and our allies’ submarine forces — to monitor more closely and try to intercept them if we were involved in a conflict, or in the run-up to a conflict.”

Recently, Adm. Philip Davidson, outgoing commander of US forces in the Indo-Pacific, on Friday warned that China is aiming to replace the existing international order with its own and that the US and its allies must unite to defend a free and open Indo-Pacific. “Make no mistake, the Communist Party of China seeks to supplant the idea of a free and open international order with a new order — one with Chinese characteristics, one where Chinese national power is more important than international law,” the four-star admiral said.

Just recently at TFI, we had alerted how China is able to get hold of the first Island chain and it will make things more complicated for the allies going ahead. China has found a massive window of opportunity with the coming of the Biden administration to solidify its position in East Asia and remove the long-standing sway of the American alliance system. The US base in Okinawa, its long sustained partnership with South Korea and Japan as well as the security promise to Taiwan were for a very long time a guarantee against any Chinese expansionist dream. Now with the fact that Japan can contain China by throwing in multiple submarines and creating a strategic wall to control Chinese naval movement in the Miyako Strait, the playing field has just levelled.

The Miyako Strait is strategically valuable, being the only pathway for the Chinese People’s Liberation Army (PLA) Navy into the Pacific Ocean from the East China Sea and the only opening of the US’s strategy of the Island chain’s first island chain. It is the PLA Navy’s main route into the Pacific Ocean. Though the Miyako Strait is too wide to be a chokepoint, the US can interdict the Chinese vessels passing through the crucial Strait by deploying anti-ship and air defence missiles. However, the Biden administration following a mellow approach with China and Biden’s planned withdrawal of forces from Okinawa have given China the confidence to make the Miyako Strait its backwater.

On Friday, U.S. Defense Secretary Lloyd Austin floated a new concept of “integrated deterrence.” It calls for allies to work “hand in hand” to prepare for a future war, which will look nothing like the “old wars” that Austin said he himself has executed over the past two decades.

“Japan’s role should be chokepoint control,” Hornung said. “If you’re looking at the Nansei Islands, there are so many choke points that with the combination of the Maritime Self-Defense Force’s submarine capabilities and defensive mining, Japan could plug that up completely, and it would force the Chinese either all the way around Taiwan, or basically right into the battle space in the East China Sea, where the U.S. and Japan can plan for this and control it.”