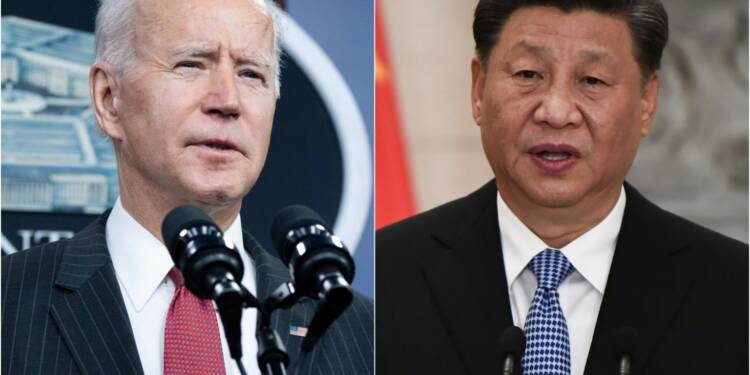 The US will not confront China- this is the Biden administration’s direct message to the Western world. And Biden has used the US Secretary of State Antony Blinken to deliver this message. Blinken has made it clear that the US was not aiming to “contain China” but to “uphold this rules-based order – that China is posing a challenge to. Anyone who poses a challenge to that order, we’re going to stand up and – and defend it.”

On Sunday, Blinken arrived in London for the G7 Foreign Ministers meeting scheduled for Monday. China was one of the leading issues on the agenda of the meeting attended by Foreign Ministers of advanced world economies. Interestingly, on Sunday, CBS News’ “60 Minutes” also aired Blinken’s interview in which he discussed the Biden administration’s China policy extensively. Blinken’s remarks hinted that the Biden administration wants to push the West into submission before Beijing.

The US Secretary of State admitted that China had acted “more aggressively abroad” and that it was behaving “increasingly in adversarial ways.”

Yet, Blinken seemed to speak in a rather defeatist language, as against warning China.

Blinken said, “It’s profoundly against the interests of both China and the United States to, to get to that point, or even to head in that direction.” He added, “What we’ve witnessed over the last several years is China acting more repressively at home and more aggressively abroad. That is a fact.”

Asked about the reported theft of American Intellectual Property (IP) worth billions of Dollars by China, Blinken said that the Biden administration had “real concerns” about the said issue. He described the IP theft as actions “of someone who’s trying to compete unfairly and increasingly in adversarial ways. But we’re much more effective and stronger when we’re bringing like-minded and similarly aggrieved countries together to say to Beijing: ‘This can’t stand and it won’t stand.'”

Blinken’s remarks reflect President Biden’s narrow China viewpoint. Biden too has time and again described China as a serious competitor but he has almost invariably failed to admit that Beijing is actually an adversary for the US and the democratic world. Biden does not agree that China’s blatant disregard for human rights and military/ economic belligerence against democratic countries are clear acts of aggression.

Biden simply does not gauge how China is not just a “serious competitor,” but a dangerous enemy waiting to swallow the democratic world. Merely standing up to Beijing or demanding that China plays by the rules isn’t going to help. Beijing is getting belligerent and it is going to attack the free world, regardless of the rules that Biden thinks he can set for a multipolar world. If Beijing is to be properly handled, it will have to be contained properly and effectively.

The US President is, therefore, pushing Washington’s overhyped Atlantic allies into submission before China. And Blinken has sent the big message across well ahead of the G7 Foreign Ministers meeting. The world will have to understand that the US is not going to confront China and, therefore, China’s enemies are on their own from here on.