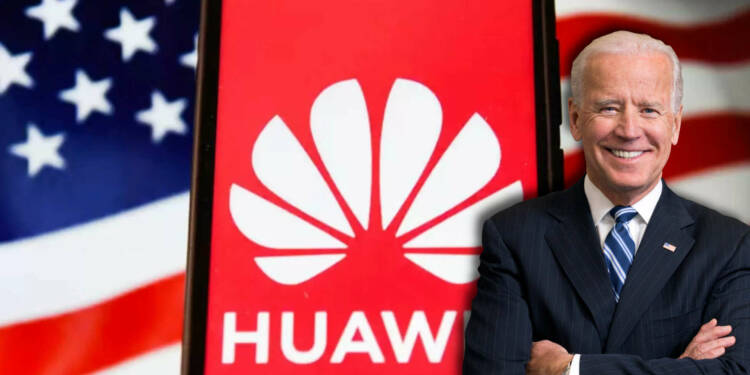 The Biden administration seems least concerned with the way in which China is silently eroding the technological sovereignty of the USA and even its allies the world over. Unlike the previous Trump administration, which went all guns blazing in making sure the world becomes free of 5G equipment coming out of China, be it of ZTE or Huawei, the current administration has taken a laid back approach and left things to fate. And an Australian Spy has taken it upon itself to explain the danger Biden is inviting by letting Huawei into the country.

A senior Australian spy, while talking to The Sydney Morning Herald, said the main risk was not Chinese spying but that Beijing could order Huawei to disconnect the Australian 5G network altogether. “Here’s the thing that most commentators get confused about with 5G, including some of our American friends,” the spy told this correspondent for the new book Red Zone, extracted in Saturday’s Good Weekend magazine. “It’s not about the interception of telephone calls. We’ve got that problem with 4G, we had it with 3G.”

The official said the real problem was that Beijing could order Huawei or the other major Chinese telecoms gear maker, ZTE, “to switch things off, and that disrupts the country – elements of it, or the whole country. That’s why the US has got to be concerned. The sewerage pump stops working. Clean water doesn’t come to you. You can imagine the social implications of that. Or the public transport network doesn’t work. Or electric cars that are self-driving don’t work. And that has implications for society, implications for the economy.”

Back in February, on his first public appearance since March 2020, Huawei CEO and founder, cautioned the US on its market practices under Donald Trump, warned of a US chip market crash and said that her daughter can win the case against the US government. Ren Zhengfei, the founder of Huawei Technologies, said that it would be “extremely difficult” for the United States to end the sanctions that have hindered its phone business, but that he hoped that an “open policy” would be given to the new U.S. administration.

Since Biden has ascended the office, China has grown extremely assertive in US-Sino relations. China has taken full advantage of the newest incumbent’s bonhomie with President Xi. Ren’s demands were a reflection of what the Chinese expect of President Biden if he wants deeper engagements with China.

Read More: China is now stealing the USA’s fish as its fishing militia closes in on Hawaii

In the backdrop of all the above, Huawei has always maintained that if China’s authorities demanded it, it would never comply. Malcolm Turnbull, the prime minister who made the decision in 2018, did not believe the company. In an interview for the book, he said, “One thing you know – if the Chinese Communist Party called on Huawei to act against Australia’s interests, Huawei will have to do it.” “Huawei responds, ‘Oh no, we’d reject.’ That’s ridiculous. They’d be left with no choice but to comply.” Beijing passed a law in 2017 requiring all businesses, both private and public, to work with the Chinese government on any national security issue.

He was very clear in his explanation that letting Huawei inside the USA and in the territories of other allied countries, it is like letting a Trojan Horse into the borders, and it will only invite disaster with the remote control for the imminent disaster in the hands of the Chinese Communist Party.