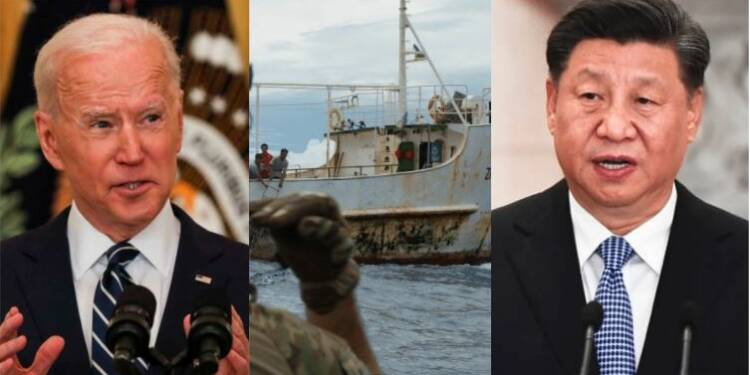 The Chinese Communist Party (CCP) wants to steal fisheries of the entire world. China has already over-exploited fishing resources in its own coastal regions. So, Chinese military-backed fishing vessels are now trying to bully fishermen in the waters of other countries, as a part of its wider strategy to procure the crucial product from other parts of the world.

Till now, Chinese fishing vessels, designed as maritime militias, were operating in South America, Western Pacific, West Africa and even the environmentally fragile Antarctica. But now these militias are after a new target- American fish in the waters near Hawaii. Chinese fishing militias are also targeting fisheries near US Island territories of Guam and American Samoa.

Honolulu Civil Beat, an investigative news website, has reported how Hawaii’s commercial fishermen and the American military are concerned by a common threat- a fleet of Chinese government-backed vessels that stray into distant waters in search of seafood and expansion of influence.

Local fishermen have reportedly spotted an increasing number of Chinese vessels near the islands. These vessels are accused of overfishing and thereby depriving the local fishing communities of their natural resources and income. They also use intimidation tactics in a bid to assert control over what is really the American sphere of influence, at least in terms of economic use.

Last year, the US Coast Guard also intercepted several foreign fishing vessels operating inside the territory of Guam and the American Exclusive Economic Zone (EEZ) near Hawaii. The Coast Guard had intercepted such vessels for the first time since 2012. The National Oceanic and Atmospheric Administration (NOAA) launched a probe into these incursions, but it is yet to confirm the nationalities of the foreign vessels.

The US military and Coast Guard too are concerned about such fishing militias. In September last year, the US Coast Guard opined that illegal fishing was fast overtaking piracy as the biggest maritime security threat.

But for the US military, the growing threat to fishing resources is not the only concern. The US defence officials have observed how Chinese maritime militias and military-backed fishing vessels bully countries like the Philippines and Vietnam in the South China Sea, apart from intruding into the Japanese waters near the Senkaku Islands in the East China Sea.

The main concern in US military circles must be how Chinese fishing militias can start flexing their muscles in the Central Pacific region near Hawaii. The US Navy, Marine Corps and Coast Guard warned in December that China “deploys a multilayered fleet” which includes “naval auxiliaries disguised as civilian vessels”.

James Fanell, a retired Navy officer, who had served as the Intelligence Director of the US Pacific Fleet in Hawaii, said, “The actions of China’s fishing fleet are integrated into a larger national effort.”

The former White House official added, “Some (vessels) are doing mapping, but some of them also have fishing equipment, some of them have cargo on them. They’ve created this ambiguity about the mission set of different vessels.”

Gray is right. This is exactly what Chinese fishing militias are up to. At one point in time, they are stealing fish and before you know, they start aiding the Chinese military by asserting Beijing’s illegal claims over the maritime territory of other countries. This is exactly what the Chinese fishing vessels parked in the South China Sea near the Whitsun Reef have been doing to the Philippines. They are looking to deprive Manila of a disputed geographical feature in the garb of commercial activity.

The Biden administration must take the China threat next door very seriously. Make no mistake, China is coming for the American fish and probably even strategic American territories like Guam and American Samoa in the Western Pacific and Southern Pacific respectively.

Chinese President Xi Jinping is already looking to militarise Kiribati, and the Chinese fishing militia operations could be a precursor of an upcoming face-off between the US and China in the Pacific Islands. Chinese belligerence goes as far as Hawaii and now it is for Biden to tame its biggest global adversary.