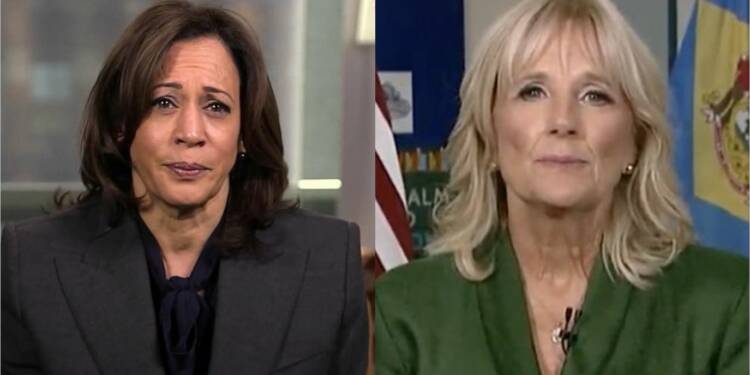 The ever so sweet Jill Biden, fuming with the scathing attacks on her husband had purportedly even said that Kamala Harris can “go fuck herself”. The statement was made in a call with campaign donors according to Dovere.

Joe Biden had reminisced about his early days in Washington in a speech, attempting to highlight his record as a dealmaker, according to Dovere. He discussed his friendship with two Senate segregationists who remained adamantly opposed to integration.

“Well, guess what? At least there was some civility. We got things done,” Joe Biden said at the time. “We didn’t agree on much of anything. We got things done. We got it finished. But today, you look at the other side and you’re the enemy. Not the opposition, the enemy. We don’t talk to each other anymore.”

Two days after the debate in South Carolina, Harris had told reporters, “If the people he was talking about with such affection had their way, I would never have been able to be a United States senator.”

According to Dovere, Harris’ campaign told her that she “had to land hard on Biden” in the next debate. Harris was reportedly hesitant because she had formed a tight bond with the Biden family.

During the debate, Harris had said, “I’m going to now direct this at Vice President Biden: I do not believe you are a racist, and I agree with you when you commit yourself to the importance of finding common ground, But I also believe, and it’s personal – it was hurtful to hear you talk about the reputations of two United States senators who built their reputations and career on the segregation of race in this country. And it was not only that, but you also worked with them to oppose busing. And, you know, there was a little girl in California who was part of the second class to integrate her public schools, and she was bused to school every day. And that little girl was me.”

During a commercial break in the debate, even Joe Biden had made his frustrations known, to fellow democrat candidate Pete Buttigieg. “That was some fucking bullshit” he had said.

And then a week after the primary in June, Jill Biden made it clear what she thinks about Kamala Harris. “With what he cares about, what he fights for, what he’s committed to, you get up there and call him a racist without basis? Go fuck yourself”.

Biden and Harris, according to Dovere, had essentially the same stance on busing, or compulsory school integration, a policy that hadn’t been a hot topic in nearly 50 years: both favoured voluntary busing but opposed federally mandated busing unless local governments stood in the way.