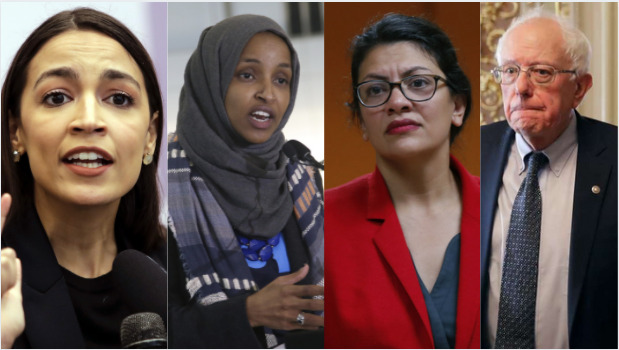 President Joe Biden and congressional leaders have shown signs to be tough on China. However, some left-leaning and progressive Democrats are advocating for a softer approach, fearful that new anti-China policies would inflame prejudice against Asian Americans and lead to an endless battle with Beijing similar to a new Cold War, effectively pressuring the President to not take a hard stance against Chinese threat and belligerence.

As the Senate moves through a package of anti-China bills backed by members of both parties and the White House this week, more than 60 advocacy groups and at least four influential lawmakers are ramping up their critiques. Any organised opposition could stymie the Senate’s current amendment process, as well as potential attempts to reconcile the bill with the House’s slower-moving anti-China initiatives.

Biden is positioning China as America’s main global foe, portraying the twenty-first century as a war between US-led democracies and China-led autocracies. The danger justifies a new package of bipartisan bills that would invest hundreds of billions of dollars to confront China, the world’s second-largest economy, according to congressional leaders on both sides of the aisle.

Progressive politicians and Democrats are alarmed by what they perceive to be bipartisan cooperation in repeating American foreign policy errors. They argue that positioning China as an existential threat to the United States would commit the nation to decades of excessive spending and military engagements, as well as stirring domestic animosity similar to that seen after 9/11.

The Progressive Democrats had also resisted Biden’s administration show of support to Israel in the recent Israel-Hamas conflict. Their support for Hamas also led to a rise in anti-Semitism in the US. During the conflict, the USA was reeling with anti-Jew and anti-Semitic actions and the protest mobs, which were supposed to be gathered in support of Palestine, started attacking any Jew in sight.

The intellectual and political backing encouraged and normalised anti-Semitism in the USA which thus resulted in these emboldened mobs normalising acts of violence against Jews in the cities of the USA. The extreme left clique of the Democratic Party vehemently normalised the anti-Semitic agenda, be it Alexandria Ocasio-Cortez, Ilhan Omar, Rashida Talib or Bernie Sanders, they all one-upped one another and pushed the boundaries of hate against the Jews.

Now the same pseudo-intellectual Democrats are defending China, Rep. Ilhan Omar (D-Mann) said, “We need to distinguish between justified criticisms of the Chinese government’s human rights record and a Cold War mentality that uses China as a scapegoat for our own domestic problems and demonizes Chinese Americans.”

For the time being, few members of Congress are willing to openly criticise rising anti-China sentiment, and none have stated that they would oppose China-related legislation, such as one co-sponsored by Majority Leader Chuck Schumer. If the bills continue to single out China for sanctions, increase military spending, and disregard opportunities for collaboration, this may change.

Even supporters of Schumer’s bill, the Endless Frontier Act, have spoken out against anti-China rhetoric from congressional leaders and the Biden administration. Rep. Jamaal Bowman (D-N.Y.), one of the House sponsors while emphasizing he still supports the bill’s provisions to boost domestic tech research and production said, “I strongly reject any anti-China rhetoric associated with this bill, and we must be vigilant about the impacts of such rhetoric on AAPI communities at a time of increased hate crimes. We won’t be able to solve the challenges of the 21st century like the climate crisis and global health unless we have relationships that harness partnerships across the globe, including China.”

Supporters of the anti-China campaign in Congress argue that they are simply being pragmatic about how to deal with Beijing’s increasingly hostile government. Rep. Ro Khanna (D-Calif.), a progressive House supporter of Endless Frontier, said it is “perfectly fitting” for lawmakers “to want to make sure that our ideals of freedom and liberal democracy win, and that authoritarian or surveillance capitalism does not.”

Progressive Democrats believe that China should be held responsible for its crimes, but they warn the US to be more vigilant in its strategy. According to Omar, Xi’s crackdown in Xinjiang has used tactics similar to those used in the US war on terror, such as justifying mass surveillance and illegal detention of civilians due to a supposed threat of Islamic radicalism.