Democrats are turning the US Military into a woke parody of itself. And the world is laughing 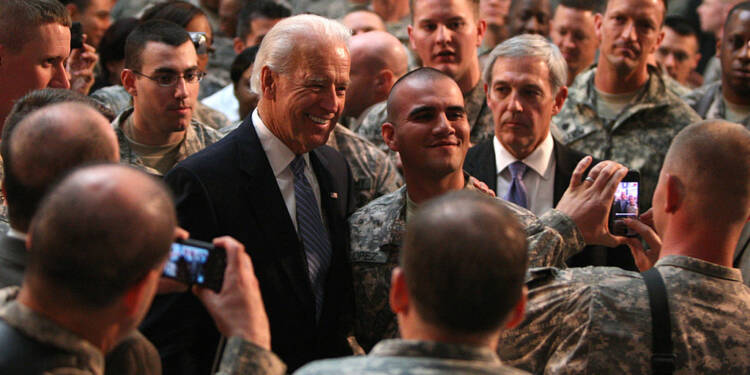 The USA has been at the helm of affairs for a very long time and as things are, it seems like it has become its own worst enemy. It is not a hidden fact that wokeness is an ideological inclination and is based on the metamorphosis of the concepts of Marxism and Postmodernism, and it being the way it is, no one can deny it being political in its nature. However, all this is not being considered by the US Military and under the influence of Democrats, the US Military is turning into a woke parody of its previous strong self.

While the USA is undergoing such transformation, the world is laughing at them. With the release of a new “woke” animated, fairytale-style recruitment ad earlier this month, the US Army gave the CIA a run for its money. The ad tells the story of a current Army corporal with two moms who married after one of them survived a serious car accident. The Russian social media contrasted it with the military advertisement with their own and made a laughing stock out of the US advertisement.

The video prompted an immediate backlash online, with critics claiming that the “joke” of an advertisement would erode public trust in the military’s strength. On Wednesday, the video resurfaced on social media when a user shared a side-by-side comparison of the US Army ad and the Russian military ad, highlighting the stark contrast between America’s recruiting efforts and those of its adversaries.

Perhaps a woke, emasculated military is not the best idea…. https://t.co/8aVFMW98NM

One user posted a screenshot of the Russian soldier featured in the clip alongside the animated princess-like character shown in the U.S. version with a caption that read, “Pick your fighter.”

A former U.S. army recruiter took to Twitter to voice his frustration. “There are no words!!” he wrote. “No Question!! After serving for over a decade it’s hard to watch…”

“For those who keep saying “yet the US military is better”. Yes…… because the US military was built off the back of what the Russians are currently doing with theirs. When China & Russia overtake the US, we’ll all know why,” another user warned.

At a time when members of the military can get fired for expressing anti-woke positions and when the Pentagon is looking at spying on its service members, it is becoming more necessary for people to fight back. Rep. Mike Rogers (R-AL) is preparing to do just that.

Rogers, the top Republican in the House Armed Services Committee, which oversees the military, released a statement expressing his concerns over reports that conservatives are being silenced by leadership. “I am greatly concerned by numerous press reports of conservative voices being silenced in the Department of Defense while Departmental leadership defends and protects left-leaning voices,” he said.

He continued: “The United States Armed Forces should be focused on preparing to face and win any battles against the threats posed by China and other foreign adversaries and not imposing political beliefs on those who chose to serve in uniform.”

The United States Military Academy Library at West Point has one textbook on the subject on a reading list for a behavioural science and leadership course, but it’s unclear if critical race theory plays any role in U.S. military training at this time. Recent books have also been recommended by the Navy as part of a reading list and a book club that focuses on academic thought. Although the Navy does not support any of the ideas in the books, officials said earlier this month that they believe it introduces sailors to a variety of views, which enhances critical thinking skills.

President Joe Biden signed an executive order rescinding Trump’s order on his first day in office, declaring, “Our diversity is one of our country’s greatest strengths.” Following that, Defense Secretary Lloyd Austin issued a memo rescinding the Trump administration’s ban on diversity training, and the services did the same. In an email to Military.com on Feb. 24, Air Force spokeswoman Capt. Leah Brading said the service followed Austin’s orders. According to her, the Air Force sent a letter to the field on Jan. 29 encouraging units to immediately resume the type of training that occurred prior to last September’s order.

And this is not it, this politicised military is looking to make sure that the people of conservative and right inclination are weeded out, while becoming the woke military at the same time. Democratic congressman Steve Cohen made some mind-numbingly daft statements where he remarked that Trump supporters within the National Guard who have been designated with protecting Joe Biden ‘might want to do something’ to the new president. While speaking to the

Read more: Biden Administration is all set to purge the “racist and extremist” elements in the US Army. Little do they know that it can lead to a mutiny

On Democrats’ mouthpiece CNN, Cohen said, “The National Guard is 90 some-odd percent male, and only about 20 percent of white males voted for Biden. You’ve got to figure that in the Guard, which is predominantly more conservative … they’re probably not more than 25 percent of the people there, protecting us that voted for Biden. The other 75 percent are in the large class of folks that might want to do something.

In some way after all this becomes solidified, then there would be very little difference between a political US army and the Chinese Communist Party’s People’s Liberation Army politically, except the US army will have an additional characteristic of being a group of Disney characters.

China has been trying to cash in on Congo’s Cobalt reserves, but its new President has shown Xi Jinping the door